Get Psyched for the Golden Globes! Predictions for Best Comedies & Dramas 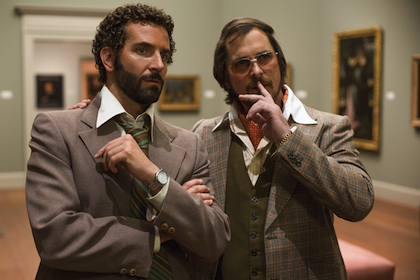 The Christmas trees have been tossed to the curb, the gyms are filled with those who have vowed to work out more this year, and it’s below freezing in the midwest. You know what that means: it’s Awards season! 2013 saw a slew of  incredible films, albums, and television shows, so this year’s awards season should be even more thrilling than usual. First up are the 2014 Golden Globes, hosted by the dynamic duo Tina Fey and Amy Poehler, and I have my own thoughts who will take home the glorious globe:

The nominees for this category include:

Drum roll! And my predicted winner is.12 Years a Slave. This will truly a breathtaking film. Chiwetel Ejiofor and Lupita Nyong’o gave incredible performances, and Michael Fassbender tore up the screen as a terrifying slave owner. This powerful film reminds us of the horrors of the past, and personally makes me thankful for the liberties we have today.

My predicted winner is... American Hustle. This oddball mashup of characters conning one another was not just hilarious but also quite thought-provoking. As sleazy Irving (Christian Bale) says to FBI agent Richie (Bradley Cooper), “Who is the real master, the artist or the forger?” Jennifer Lawrence once again steals the show as Irving’s off-the-walls wife, particularly when she lip-syncs to Paul McCartney’s “Live and Let Die”.

My predicted winner is… “Breaking Bad”! Is this even really a question? “Breaking Bad” may be one of the greatest television series of all time. It could even be argued that “Breaking Bad” follows the tropes of a Shakespearean play. Having said that, I am a little surprised that “Mad Men” didn’t make this list. As fun as “Downton Abbey” is, “Mad Men” consistently displays some of the finest acting and writing on television. Hopefully they’ll get a nod next year!