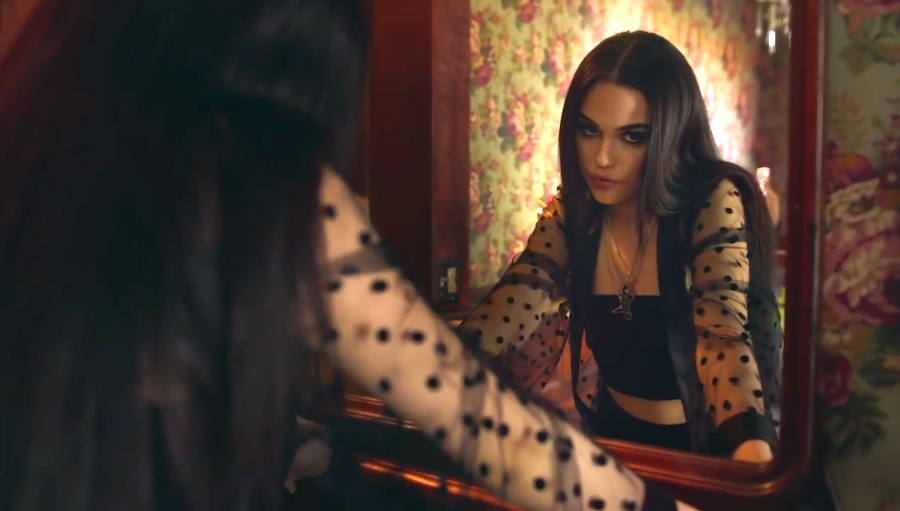 Maggie Lindemann’s new music video for her aptly-named song “Obsessed” has us playing the bouncy tune on repeat!

Maggie’s career has definitely been on an upward spiral since the last time we talked to her about her 2016 hit “Pretty Girl”:

Since then, Maggie released her single "Obsessed" last year and we have been waiting all this time for the video to drop! From hanging in the living room to staring at herself in the bathroom mirror and sharing a feast with her friends in the dining room, we can definitely see a different Maggie from what we were used to in “Pretty Girl”. Besides the trendy outfits, Maggie brings more of a darker style and her sassy self to the video.

In the song, Maggie calls somone out for being narcissistic and self-absorbed and never paying attention to anyone but themselves. The song also explores how people tend to be with others just for their physical appearance and not for personalities. In the last lyrics, the whole song and video seem to convey a double-meaning, because Maggie says she’s obsessed with herself too! Work that self-awareness, gurl!

Maggie represents the new era of social media celebrities today since she was discovered through Instagram. Shortly after, she moved to Los Angeles to pursue her musical dreams.

With “Obsessed”, we are glad to see that Maggie is trying different and try more upbeat styles rather than sticking to boppy teen music. We can’t wait to see what else this 19-year-old has in store for us. Hopefully, we get to know more about her album that is said to be in the works.

As for now, she is currently opening for The Vamps in their upcoming U.K. tour.