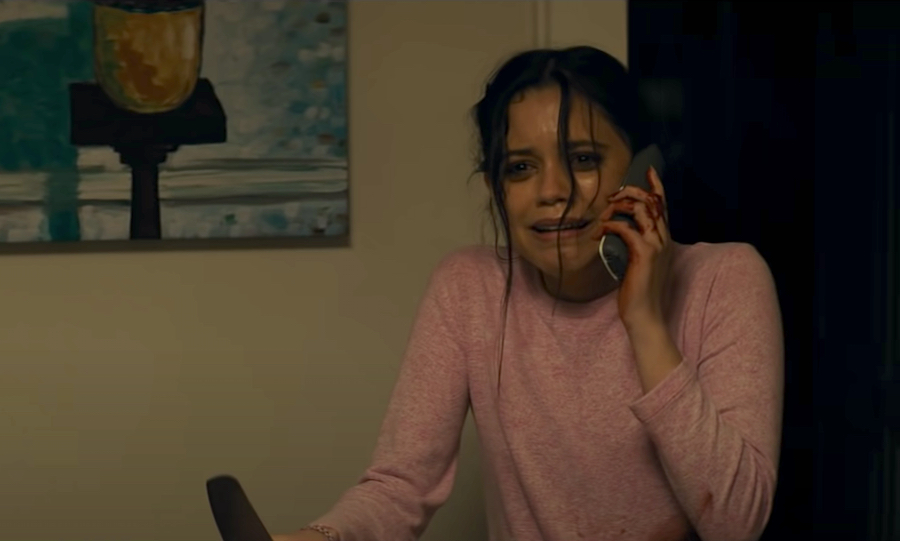 The trailer for the new Scream sequel (technically Scream 5 but officially just Scream) was just released on YouTube and we gotta admit, it looks absolutely amazing!

With a powerful ensemble cast including OGs Neve Campbell, David Arquette, and Courteney Cox, who all appeared in the original Scream 25 years ago, plus a slew of new, familiar faces like Jenna Ortega, Dylan Minnette, Jack Quaid, and Melissa Barrera, this is definitely one great line-up and film to anticipate!

The trailer starts off with Jenna Ortega texting her friend, Amber, only to find that it’s someone else -- Ghostface. “Would you like to play a game, Tara?” Wow, Ghostface’s voice never fails to send goosebumps up and down my spine! Quickly, the chase scene commences between Ortega and Ghostface, with jumpscares and quick slashes of the knife, until Ortega’s character,is dragged away by Ghostface into the unknown. This definitely pays homage to Drew Barrymore’s iconic opening murder scene in 1996's Scream but with the new incorporation of technology, which makes things even more current and real.

We then are moved into the next year, seeing Dewey (David Arquette) call Sidney (Neve Campbell) to bring her back to Woodsboro when a new string of murders begins, leading to the two of them to team up once more with Gale (Courteney Cox) to take down the new killer. There is so much nostalgia in this trailer! It brings back my memories of watching some of the older Scream films from the franchise.

The trailer then reveals that Ghostface’s attacks are targeted towards people related to the original killers; this is definitely an extremely interesting edge of this film and links secrets of all the new characters to the past. The trailer ends with absolute chaos as multiple characters are seen in fighting, stabbing, and shooting as the final shot reveals a showdown between Sidney and Ghostface before the trailer ends. Whew!

This past Sunday (October 10), the franchise also released the new poster to mark the release of the trailer with Ghostface holding a knife in a menacing image. The haunting tagline on the poster reads, "It's always someone you know." This brings up many questions and I can’t wait to see them answered when the film is released!

Let’s not forget, Sidney Prescott already has created an iconic line from this trailer: “I’m Sidney Prescott, of course I have a gun.” Here’s to our favorite final girl!

Scream is set to premiere in theaters January 14th, 2022. Let’s get our easter egg clues and screams ready!