Fred Savage's Triumphant Return to TV (in Front of the Camera)! 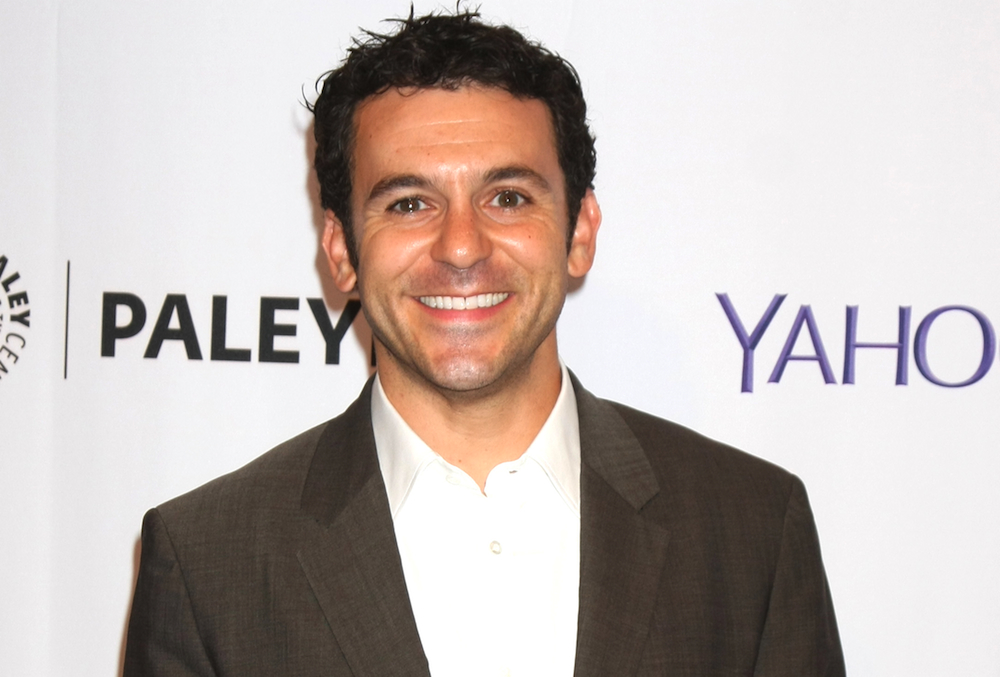 You definitely know this guy’s name, and you definitely know his face (since it literally hasn't changed in 25 years how is that possible), but actor, director, and producer Fred Savage has made his return in front of the camera and on our television sets as Rob Lowe’s younger brother in the new Fox comedy “The Grinder”. On the show, Lowe plays a famous TV actor who played a lawyer for years on a television show called (you guessed it) “The Grinder”. When the series ends, he decides to go back home to Boise, Idaho, and work as an actual lawyer. Thing is, his family is full of real lawyers and they own a law firm, but Lowe’s character, Dean Sanderson Jr., believes that his years of playing a lawyer on TV qualifies him to work as a lawyer in real-life too. Younger brother Stewart Sanderson (Savage) is annoyed to no end by Lowe’s charmed life and this real lawyer kick he’s on. Even Stewart’s wife is Dean’s ex-girlfriend from high school (awkward!).

While Rob Lowe has seen steady and significant success on TV over the years thanks to shows like "The West Wing" and "Parks and Recreation", Fred's career took a different (though no less impressive) trajectory. Savage gained prominence in the late-'80s for a number of roles, most famously as the cute kid in the films The Princess Bride and Little Monsters, but his most recognizable role was Kevin Arnold, the main character in the coming-of-age TV series “The Wonder Years”. (Oddly, enough, his younger brother Ben Savage starred in his own coming-of-age TV series you may have heard of called “Boy Meets World”.) Eventually, Savage hit those awkward early teen years, which can usually signify the begining of the end for many child stars. They usually go off the rails or simply become uncastable because people are used to see them as The Cute Kid and can't accept them as anything else. This is where a lot of stories about child stars turn dark, thanks to the old "child star curse”.

Thankfully, Savage’s story is different. He was smarter than that. America had seen him grow up on-screen, but instead of wandering around aimlessly and looking for oblivion when “The Wonder Years” came to an end, he cut turned his attentions and talents to directing and producing. It’s a pretty ingenious way for a child star to adapt. They literally grew up on sets, so who better to know how they run?

Now, if you’ve never seen his movies or “The Wonder Years”, then you’ve definitely seen Fred Savage’s name credited on an array of shows from “Wizards of Waverly Place” and “Modern Family” to “It’s Always Sunny in Philadelphia”. Wow! Those shows couldn’t be any more different from each other, but they've all been touched with that Fred Savage magic. Now, at age 39, he’s making the leap back to screen acting, and we couldn’t be happier for the guy. “The Grinder” premiered last week, and it’s off to a great start. The critics and fans have loved it. No word yet on if Savage will be directing any episodes, but I’m sure he will. To datem he hasn’t directed an episode of something he has also acted in, but he came pretty close:

Welcome back, Fred! Be sure to check out a new episode of “The Grinder” tonight at 8:30PM on Fox!