'Framing Britney Spears' Makes Us Confront Our Own Perceptions & Judgements 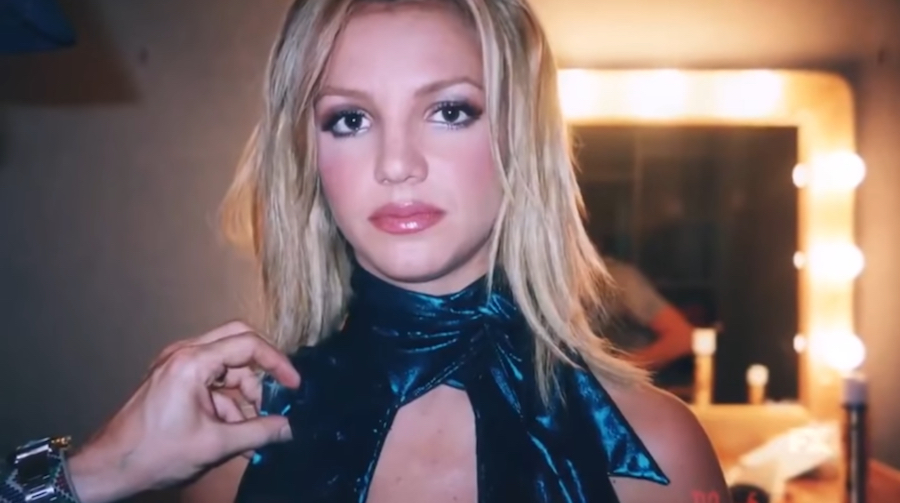 The #FreeBritney movement has made waves over the past few years as information concerning pop icon Britney Spears's legal conservatorship began to unravel. The hashtag, started by fans concerned over Britney's well-being, began to trend all over the internet, sparking interest from all corners of society. Now, the FX x New York Times documentary, Framing Britney Spears, goes in-depth into some of the details of the legal battle going on between Spears and her father, Jamie Spears.

Along with dancing around the topic of her legal battles, the documentary highlights her struggles with mental illness and the way tabloid magazines shaped the public's perspective. Shortly afterFraming Britney Spears aired, another phrase circulated on social media: "We Are Sorry Britney".

Many of us may remember the media coverage surrounding the pop star from her eye-popping debut to her very public lowest points. DirectorSamantha Stark mentioned recently in an interview with Vanity Fair that she "wanted to look back at the media coverage of her," adding that she realized how differently we thought of women, sexuality, and mental health in the early-2000s.

By 2007, Britney Spears was relentlessly followed, day and night, by swarms of paparazzi. "Tabloid culture [was] reaching the height of their power." #FramingBritneySpearspic.twitter.com/6Q3WkHtIvv

From her sexuality during her debut to her very public break-up withJustin Timberlake, Britney Spears had been portrayed by the media in a rather negative light. The documentary takes a closer look at how she was not a pre-packaged act — a fact that many believed — in her early days. At one point in the documentary, they mentioned how, in the aftermath of her and Justin Timberlake's split, the media treated it like high school drama.

What we didn’t know was how much of the media coverage impacted her mental health. Throughout the hour-long documentary, viewers are constantly reminded about the consistent paparazzi presence that followed the pop singer. While they took snapshots of her life, the documentary also mentions that her mother Lynnewas worried that Britney might have been suffering from post-partum depression but did not go further than that.

Go watch #FramingBritneySpears on Hulu. It’s heartbreaking. It’ll anger you about how media and society raises people up and RELISHES in their downfall. Still sickened by Diane Sawyer’s bullshit interview that made Britney cry. But above all else, #FreeBritney. ❤️✌?

Framing Britney Spears is an eye-opening documentary that I think everyone should watch. It brings awareness to Britney’s legal conservatorship battle and reminds us how tabloid magazines paint the worst pictures of someone.

Framing Britney Spears is available to stream on Hulu.