Fox's "The Mick" is the Controversial Network Comedy We All Need! 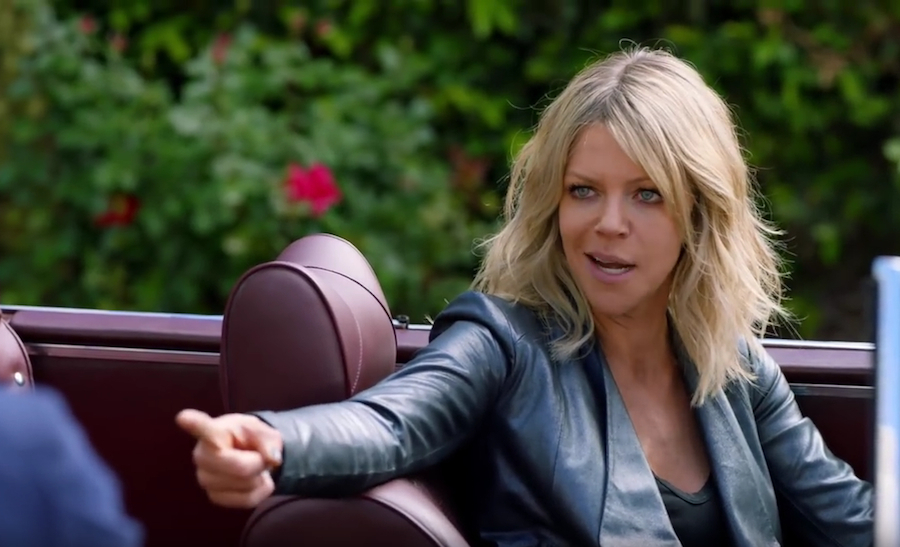 After the New York Giants's win on Fox last weekend, my family looked to switch over to the next football game of the Packers playing the Lions, but then one of the greatest openings to a TV show ever sparked on the screen and suddenly football was sidelined. From the moment Kaitlin Olson, playing a degenerate drunk named Mackenzie “Mickey” Murphy in a show called “The Mick” (she’s the titular Mick, in case you couldn’t tell, but I don’t recall anybody actually calling her that), stepped into frame, my family couldn’t look away. They cheered whenever she did something horrible and jeered whenever a commercial came on. So, you know, not that much of a difference from a typical NFL watching experience. But why was there such a fuss from this show that premiered on New Year's Day after a football game?

“The Mick” is a show that follows the story of an aunt named Mickey who seeks her rich married sister’s financial help at one of her nephew’s birthday parties. The feds come in and arrest Mickey’s sister and brother-in-law, and Mickey is then tasked by her sister to watch the kids for her, all of whom Mickey hasn’t seen in years, with the reward being the financial help she needs. Like many sitcoms, the gist is a typical fish-out-of-water, can-barely-take-care-of-myself-let-alone-children story, which may sound lame, but Mickey isn’t your ordinary network sitcom character.

Kaitlin Olson is known for playing Dee on “It’s Always Sunny In Philadelphia”, and that’s the same gutter trail of used condoms and discarded cans of sniffed spray paint that Mickey comes from. Mickey is foul-mouthed, hard drinking, heavy drug using, and an absolutely conniving-in-her-plans kind of woman. That’s where the main difference between Dee and Mickey come in -- their intelligence. I don’t think Dee has ever made a smart a decision, and Mickey certainly hasn’t in her personal life, but when it comes to revenge and strategy, she’s much smarter than it seems anybody has ever given her credit for. No matter what other similarities or differences you see between Dee and Mickey, it’s irrelevant. This show is a great launch pad for Olson and shows that she’s ready for bigger things than “It’s Always Sunny”.

Overall, I would say I loved the pilot. It was one of the best starts to a show I think I’ve ever seen, and for the first time in a while, I laughed at something from beginning to end. So when I heard a new episode was coming this Tuesday (it’s normal timeslot), I had to check it out. At first, though, I was worried. This is a network show on Fox, so maybe they dialed back some of it. I’m happy to report to you, not a chance. If anything, the second episode was even more offensive and dark, and it's frankly jaw-dropping that this is actually being aired on Fox (although, to be fair, Fox is the network that was made by "Married...With Children"). If it was on FX or Comedy Central, I probably wouldn’t bat an eye at what was happening and still love it, but the fact that this show is on network TV is baffling in the best way. It’s already getting attention from certain groups demanding Fox put the brakes on the operation for it being too offensive.

If I worked on this show, I would be proud of that. I’m a millennial -- not many broadcast network shows engage me these days. Some of my favorite shows of all time have been network shows like “The Simpsons”, “30 Rock”, “The Office”, and “Parks and Recreation”, but there’s very little going on these days on the network sitcom front to grab viewers like me. Yes, even now, I have a couple of network shows that I think are doing some interesting experimenting that I love, but nothing is coming out with just good, hardcore, offensive comedy.

Fox may have struck gold here with “The Mick”, and with the comedic talents of Olson, whose mainstream success has been long overdue, I’m hoping they look to their past of not paying attention to stuffy viewers' thoughts. Ratings dropped significantly from Sunday to Tuesday, but it doesn’t mean much since the ratings were astronomical on New Year's Day, so the ratings were still high on Tuesday for a more normal audience flow. The important thing was, it funneled out the people whom this show isn’t for, and if they have a problem, they can shut it off. Long live “The Mick”!

If there wasn’t enough of a red flag that “The Mick” was going to be offensive to certain viewers, here’s the red band trailer for the show made by Fox. Looks like they knew what was this was (NSFW… and yes this is actually on Fox):