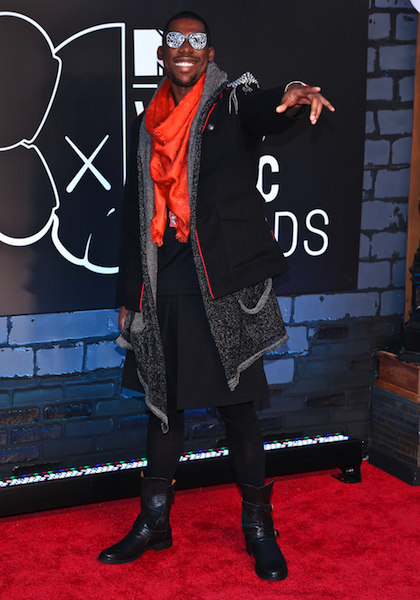 “Never Catch Me” has the same tones of sounds you’d expect from Flying Lotus but is showing that he is progressing as an artist, drawing influences from jazz, hip-hop, fellow electronic musicians likeThundercat, and at times even sounding like something you didn’t notice before on an old Pink Floyd record. It’s something different and all completely Flying Lotus’s own. Lamar spits over the music for a portion of the song and rises more and more with intensity like he’s steadily reaching a boiling point until he disappears abruptly, but it is not a disappointment as sounds come from all directions. Take a listen below and make your own opinions:

You’re Dead marks the 6th studio album for Flying Lotus in less than 10 years. He is a very busy and hardworking musician who composes music for Adult Swim (Cartoon Network’s late night channel switching to adult-themed comedy), raps under an alter ego named Captain Murphy, produces music for other musicians, and releases EPs full of music separate from his studio albums on a regular basis. “Never Catch Me” is also not the only song off of You’re Dead to feature another artist. The likes of otherSnoop Dogg, Angel Deradoorian, Thundercat, and Niki Randa will also be featured, adding something unusual to the new album, as Flying Lotus is not known for collaborating with other artists too much on his own music.

Flying Lotus (born Steven Ellison) is a native of Los Angeles and was originally a film student before creating music as a professional musician. Through his music, you can hear how he tries to convey sound as a visual medium, to the point where his music is an immersing abstract diary. Check out his previous albums to hear/see what I’m talking about. Until then, here’s a trailer for You’re Dead. Be sure to check it out while you’re still alive!