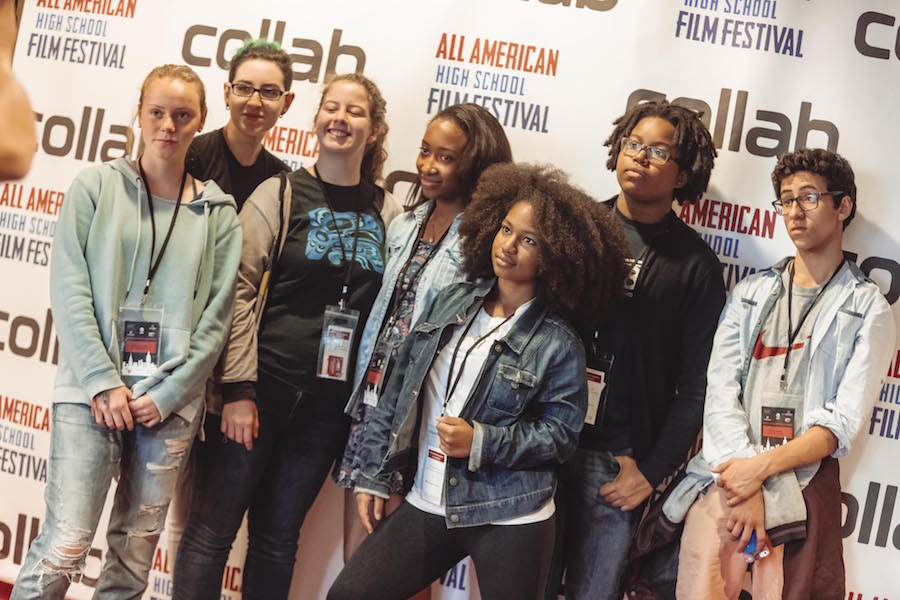 Who doesn’t love a good film festival, especially one that encourages young talent?

Collab has partnered with the All American High School Film Festival (AAHSFF) to produce pilots with four finalists from the event, bringing together thousands of students from around the world to celebrate why they love film. The festival even has incredible celebrity judges supporting the imitative, including Brittany Snow, Kristen Stewart, Toni Myers, Dylan McDermott, and many more.

The event took place in the Big Apple, AKA NYC, this past weekend, and opening night started with a performance by "American Idol" finalist Sam Woolf.

The Best Overall Film award was handed out to Nick LaMarca and Jackson Shipman from Carlsbad, California, for their film entitled “Noose”, which shows just how impressive and imaginative a young mind can be.

The award for Best Drama went to Christina Xing for her film “Goldfish.” The film follows two students with... a goldfish. Want to know more? You’ll have to watch and find out!

It’s truly amazing to think that high school students created these pieces. From the lighting to the camera angles, these students were made for show biz. The full list of winners can be found on the AAHSFF website.

The voices of our youth do matter. Their perspective on situations and use of creativity remind us why movies are so important. The partnership between Collab and the AAHSFF is the perfect combination as it brings young filmmakers and young influencers together. How awesome is that?