Fictional Romances 101: A Guide to "Shipping" 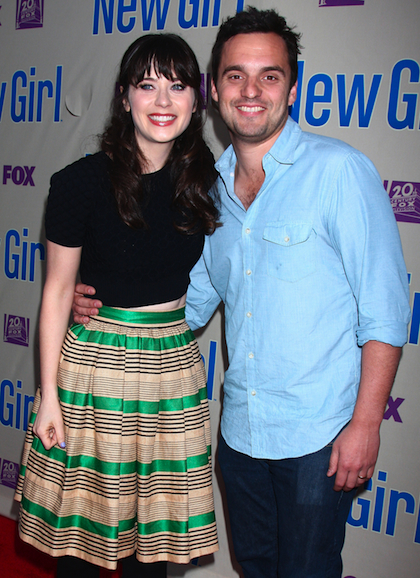 We swooned when Pacey bought Joey a wall. Knees buckled when roommates Nick and Jess finally locked lips. We all felt soulless when Buffy stabbed Angel to save the world. The ache was agonizing as Ross fell to his knees pleading for Rachel’s forgiveness (I felt like I was going through this breakup with them!). And an entire TGIF generation was crushed over Topanga and Cory’s rift.

As TV can will us to suspend our disbelief and stir imagination, so too can the heart (and loins) be roused. If you, like me, have the proclivity to be fixated on romantic relationships, or the potential for romance between two fictional characters, than you’re what they call a “shipper”. Seemingly derived from the word “relationship”, Wikipedia defines “shipping” as “the belief that two fictional characters, typically from the same series, are in an intimate relationship, or have romantic feelings that could potentially lead to a relationship.” Simply, it’s fans expressing interest and affection for any romantic pulse within a work of fiction.

In the age of social media, the wild success of the Twilight-inspired fanfiction Fifty Shades of Grey as well as the notorious “shipping wars” (friction between rival shipping groups) between “The Vampire Diaries” (Team Stefan vs. Team Damon) and Twilight (Team Edward vs. Team Jacob) fans, shippers are a growing subculture of TV, movie, and YA lit fandom that have morphed into a pop culture movement manifesting their obsession through fan art and music videos, fanfiction, fan mixes, and debating in online communities.

The concept of shipping existed long before it was given a name. Once upon a time, shipping was mostly recognized within the sci-fi/fantasy niche. The phrase was coined by fans of “The X-Files”, who were divided between “relationshippers” wanting to see Mulder and Scully together, and “noromos” (no romance) who opposed a romance.

A lot like love itself, shipping today knows no bounds. Shippers are a well-known part of online culture that often come together to form communities devoted to the fictional couple of their choice, also known as their “One True Pairing” (OTP). Subsets have sprouted within shipping culture. There’s “slash”, a subgenre of fanfiction that advocates for a same-sex coupling between characters; “crossover”, a conceptualized coupling between characters belonging to different pop culture properties (think Dean Winchester and Buffy Summers); and a distinguished group of “Supernatural” fans called “Wincesters”, who fantasize about a romance between demon-fighting brothers Dean and Sam Winchester (yes, you read that right).

Shippers connect with each other across all platforms of social networking. Within these social communities, shippers hold discussions, publish fan works, and share news. It’s in this way that the original work acts as an avenue for creative and fun expression that fans can indulge in. It’s this public display of their passion that creates a noisy enthusiasm that show creators and actors can’t ignore as social media cuts through the iron curtain of interaction. As shippers, we are the core audience of any show that stirs such a level of emotional investment. And we appreciate when shows acknowledge our loyalty with a nod to our favorite couples – and by nod, I mean our interpretation of the tiniest, most ambiguous detail we deem as affirmation.

The fun (and sometimes masochism) in shipping is the anticipation of an emotional payoff. A shipper relishes in the longing. The best part is the slow burn, intensifying feelings – a gradual, rhythmic build that causes heart palpitations; casual glances between two characters become smoldering gazes; the tension of an intimate connection suspended in air...

And when or if two characters finally kiss after two-and-a-half seasons, or some odd number of chapters, it's a squeal-inducing fever because you've waited so long. You’ve invested time in these stories and in understanding these characters. As a self-proclaimed serial shipper, I’m initially drawn to a TV show, book, or movie for its potential relationships (platonic or otherwise). It’s the idea of figuring out different dynamics and how people (characters) relate to one another: human connection at its core.