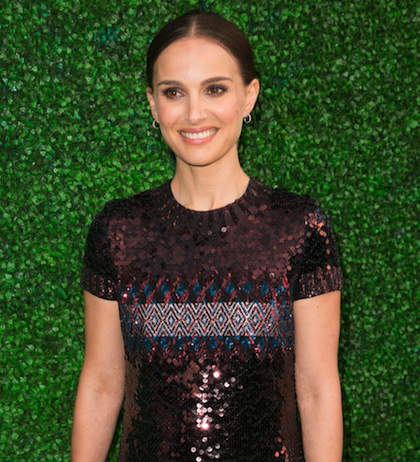 Here’s some kickass news in the world of women kicking ass: Natalie Portman has just signed on to star as the coolest ladies of all time: Supreme Court Justice Ruth Bader Ginsberg. Portman will play the notorious Ginsberg inOn the Basis of Sex, a biopic which will follow Ginsberg as she fights for equal rights. Written by Daniel Stiepleman, the film is set to be financed by Focus Pictures.

Prior to being appointed a Supreme Court Justice in 1993 (byPresident Clinton), Ginsberg had quite the legal career. She has been an active member with the ACLU since the 1970s, where she fought for equal rights for women. During this time, she also penned the first law textbook focusing on sex discrimination, as well as founded the Women’s Rights Law Reporter. For all of her work, Ginsberg is hailed as a feminist icon. She has even achieved the honor of becoming a popular tattoo for men and women alike (now that’s truly iconic!).

Appropriately enough, Portman actually looks a lot like Ginsberg did in her younger years and happens to be quite the feminist icon herself. In addition to being an Oscar-winning actress who typically picks rather unusual roles, she holds a Bachelor’s Degree from Harvard in Psychology and is an advocate for children, animal rights, and environmental rights. She has also actively worked with impoverished women around the world, helping them to set up their own businesses. I’m not sure yet if there are Natalie Portman tattoos out there too, but I’m sure it won’t be long now.

On the Basis of Sex seems to coincide with the current battle for equality in Hollywood, where numerous actresses have begun to establish their own production companies that focus on films starring women that are about women. In addition, the film is also timely with the fight for women in politics, as bothSenator Hillary Clinton and businesswomanCarly Fiorina have announced that they will run for president in 2016. I congratulate these ladies as well as Justice Ginsberg, for continuing to fight to ensure that women have equal rights.