A New Generation Faces Their Fears on MTV's Reboot of "Fear Factor"! 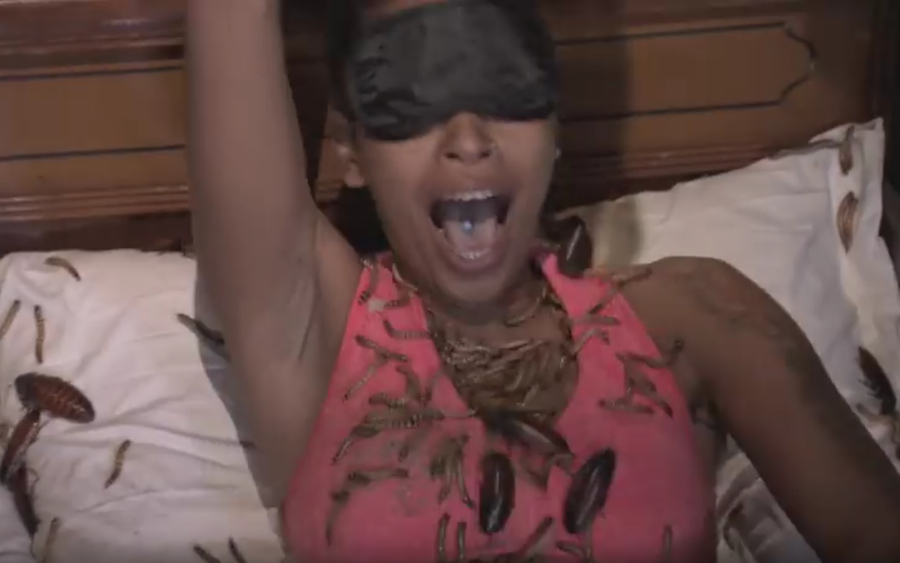 After five years being off the air, our biggest fears are coming back to television!

"Fear Factor" was hosted by Joe Rogan during it's original run from 2001-2006 (NBC) and its first revival from 2011 to 2012 (MTV), and contestants would take on three challenges that required them to face different fears and perform crazy stunts.

Shall we take a walk down Memory Lane? Yes, we shall.

Sadly, Joe Rogan is not back to host, but MTV is rebooting the series for a second time with the talented Ludacris! Luda will be hosting and producing the series, which means he's getting hands-on at dishing out people's fears. He told us more about it when we visited him on set!

I guess Luda is all about those double-Fs, starting from Fast and the Furious and now "Fear Factor"... (Sorry, nerdy alliteration joke.)

The first episode premiered earlier this week (May 30) with the same basic format of its predecessors, featuring three stunts to win money and bragging rights. In the first episode, the theme was siblings, and the pair would have to face their fears in ways you cannot imagine.

Starting out the episode in true, gross "Fear Factor" fashion, the contestants had to lie in a bed of what looked like meal worms or millipedes while trying to put roaches in a box overhead that are also crawling in their bed. The second challenge was a claustrophobe's nightmare -- both siblings were stuck in morgue refrigerators while one of them tried to unlock themselves out of chains while their sibling struggled in a vacuumed latex hold. The "final fear" tested the pair's underwater skills and calm where they were trapped underwater with three very small holes for air. They had to unscrew the bolts of their container to escape. Whew! No holding back this time around, folks!

Yeah, I wouldn't even be able to do the first challenge, but check out our girl Audrey Cleo on the set taking on the dreaded eating challenge!

We are so excited that MTV is rebooting a classic and introducing the younger generation to what shaped my trash-talking today.

Check out more of what this season has in store!