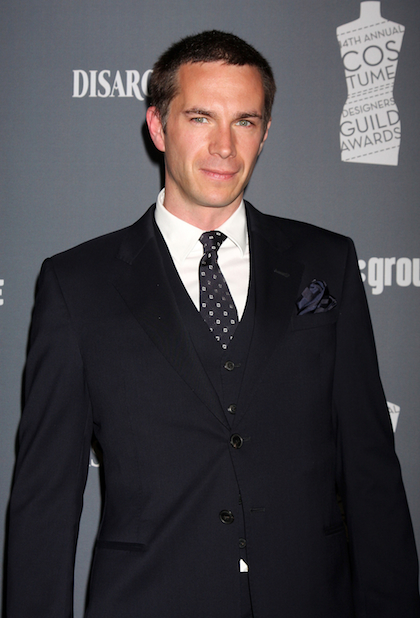 As previously reported... I am a huge Psycho fan. Also previously reported is that Fox Searchlight rescued a movie based on StephenRebello’s book Alfred Hitchcock and the Making of Psycho from development hell. Anthony Hopkins and Helen Mirren have been locked in to play Hitch and his wife Alma for quite some time, and now, we know the other two key members who will be joining them at the good ol’ Bates Motel!
Scarlett Johansson has been tapped to play actress Janet Leigh, the star of Hitchcock’s 1960 classic thriller who is famously hacked to death in a shower only a third of the way into the film. It might interest you to know that the late Ms. Leigh also wrote a book about her experiences filming the movie entitled Psycho: Behind the Scenes if the Classic Thriller (highly recommended, btw). It’s a well-known fact of Hollywood lore that, after seeing the completed film for the first time, Janet was so traumatized that she swore off showers for the rest of her life, opting for an old-fashioned bath instead. But I digress...
I’m not 100% sold on this casting choice, but I remain open-minded. ScarJo definitely has the, ahem, assets necessary to portray the notoriously buxom Leigh, but for now the similarities end there. Stranger things have happened in LaLaLand, though, so I look forward to being won over!
(Side note: Janet Leigh’s daughter is actress Jamie Lee Curtis, so I am keen to hear what she thinks of Scarlett playing her mama!)
Now for the really exciting news – to take on the role of the star of Psycho, Anthony Perkins, the filmmakers have chosen British actor James D’Arcy (most recently seen in another biopic, Madonna’s royal epic W.E.). As much as I was pulling for Andrew Garfield, D’Arcy was definitely in my Top 5 to play Perkins, so I am satisfied with this decision! I just hope they remember to give him colored contacts – Tony had browns eyes whereas D’Arcy has blue (details, people!). I am also hoping the filmmakers are respectful in their portrayal of him and will maybe lean more towards Janet Leigh’s depiction of him in her book – as a shy and insecure young man but possessing significant talents and a sharp wit... As opposed to the Creepy McCreepster most folks tend to (falsely and unfairly) make him out to be these days. Anthony Perkins and Norman Bates were NOT the same person, and I cross my fingers that writers John McLaughlin and Tom Thayer and director SachaGervasi realize this!
If all continues to go as planned, filming on this project should begin later this year. With all the press it’s starting to generate and the A-List cast attached, it would be foolish to turn back now!
Between this and the proposed A&E prequel series "Bates Motel", it seems this Psycho-phile has a lot to look forward to!
(Image via Nikki Nelson/WENN)
- Katie Marzullo, YH Staff Editor
[email protected]