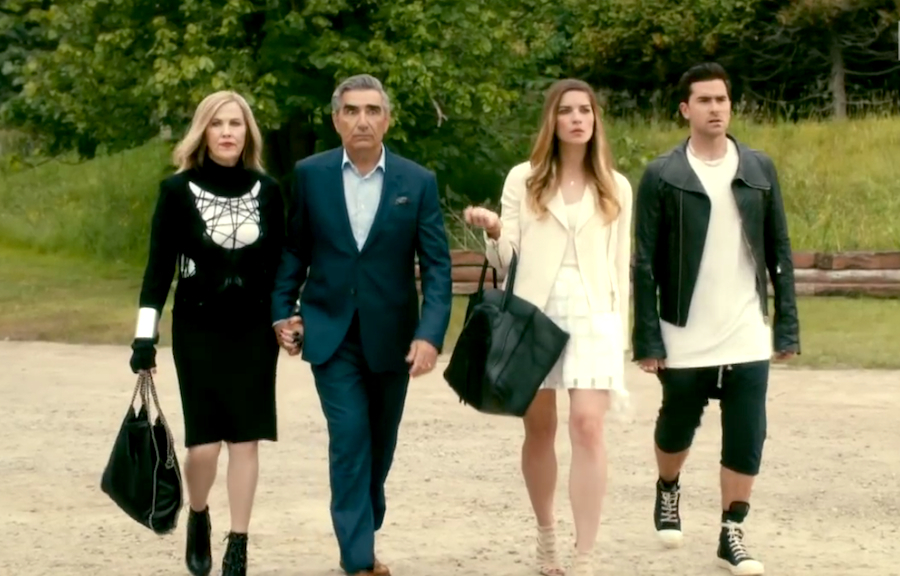 It is the end of an era, and I am not okay. Executive producer and star, Dan Levy, recently announced on Twitter that the upcoming 6th season would also be the final season of the beloved CBC sitcom "Schitt’s Creek". He wrote to audiences saying:

"We are very excited to announce that 'Schitt's Creek' is coming back for a sixth season on CBC and Pop in 2020! We also wanted to take this opportunity to let you know that we have decided season six will be our last. We are so grateful to have been given the time and creative freedom to tell this story in its totality, concluding with a final chapter that we had envisioned from the very beginning. It's not lost on us what a rare privilege it is in this industry to get to decide when your show should take its final bow. We could never have dreamed that our fans would grow to love and care about these characters in the ways that you have.

We are all so excited to begin shooting these last 14 episodes and can't thank you enough for the overwhelming love and generosity you've shown us. We hope you continue to enjoy the rest of our fifth season as we prepare to shoot our sixth!"

The comedy, created by Dan and his father Eugene Levy, premiered in 2015 and quickly developed a cult following after it began streaming on Netflix. If you haven’t seen it yet, please drop what you’re doing and get to the nearest screen ASAP! The Levys star alongside Catherine O’Hara (who deserves an Oscar as Moira Rose), Annie Murphy, Chris Elliott, Emily Hampshire, Dustin Milligan, Jennifer Robertson, Noah Reid, Sarah Levy, and Karen Robinson, and somehow, I miss them all already.

"Schitt’s Creek" follows the Rose family who, after losing their fortune, are forced to relocate to Schitt’s Creek, the tiny run-down town that Johnny (Eugene Levy) bought as a joke years ago. The transition from a life of luxury to living in a dilapidated motel is not an easy one, especially for matriarch Moira, a former soap opera star, and her endlessly spoiled children Alexis and David.

"Schitt’s Creek" has it all -- fashion, family, an unforgettable musical number by Annie Murphy ("A Little Bit Alexis" is still stick in my head), Catherine O’Hara’s unbelievable oratory abilities, and a world free of hate and homophobia. It’s a sincerely nice comedy that I can guarantee will make you happier, so do yourself a favor and get caught up now.

Season 5 of "Schitt’s Creek" is currently airing on the CBC in Canada and Pop in the United States. Seasons 1-4 are available to stream on Netflix now.