Everything You Need to Know About Super Bowl XLIX! 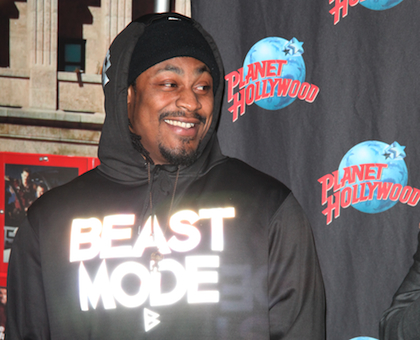 The countdown has begun, and we are just ONE DAY AWAY from the biggest American sports event of the year!

Order your wings and get your other snacks and drinks ready, because Super Bowl XLIX is tomorrow (February 1)!

The Seattle Seahawks will be taking on the New England Patriots at the University of Phoenix Stadium in Arizona. Both teams were favored to be in the Super Bowl and were both the #1 seed in their respective conferences.

This is going to be such an epic game, regardless of which team you’re rooting for. Tom Brady is continuing to build his legacy, in spite of the controversies that follow him and the Patriots. His three Super Bowl rings attest to that. But Russell Wilson, the up-and-coming quarterback, could put a halt to Brady’s plans. Wilson is strong and has great potential but may lack the veteran experience that Brady has. Wilson is definitely in line to be one of the greats, but will we see why this Sunday? Only time will tell.

Other factors in the game are the Seahawks’ offensive powerhouse Marshawn Lynch. If the Patriots want a chance at the Lombardi Trophy again, they will have to neutralize the Seahawk offense, which means putting that defense on Lynch. But the Patriots also have a little somethin-somethin in their offensive arsenal -- Rob Gronkowski (AKA “Gronk”) is a huge tight end that might need to be a focus for Kam Chancellor and Seattle.

Both teams seem to be almost evenly matched, but the experts and odds put the Patriots a bit above the reigning champs.

Here are some other fun facts about Super Bowl XLIX:

1. Bill Belichick, the Patriots' coach, will be facing the coach he replaced in 2000, Pete Carroll.

2. This is the 8th time the Patriots have appeared in the Super Bowl, and this will be the Seahawks’ second straight Super Bowl, defending their win from last year.

3. Tom Brady will be fighting for his fourth Super Bowl championship, putting his name up next to legendary quarterbacks like Joe Montana and Terry Bradshaw.

4. Katy Perry will be performing at the halftime show, also featuring Lenny Kravitz and another "mystery guest" whom Katy is remaining mum on (we only know that it will be a female).

But what’s really on the line this Super Bowl?

5. Captain America and Star Lord Peter Quill have made a large bet on the game. Chris Evans, a huge Pats fan, and Chris Pratt, a Seahawks devotee, have agreed that, if the Seahawks win, Captain America will be visiting Seattle Children’s Hospital, and if the Patriots win, Peter Quill will be at Christopher’s Haven in Boston to visit children suffering with cancer. God Bless these two beautiful men.

Anyway, Super Bowl XLIX is sure to be an EPIC match-up and one that you don’t want to miss! But I got to go now and put in my hot wings order!

Let us know who you think is taking home the championship this year! In the meantime, check out our interview with Marshawn Lynch from last year's Super Bowl; he rarely does media interviews, so we were stoked to get him behind our mike!