Everything We Want To See At The 'Hocus Pocus' Reunion Special! 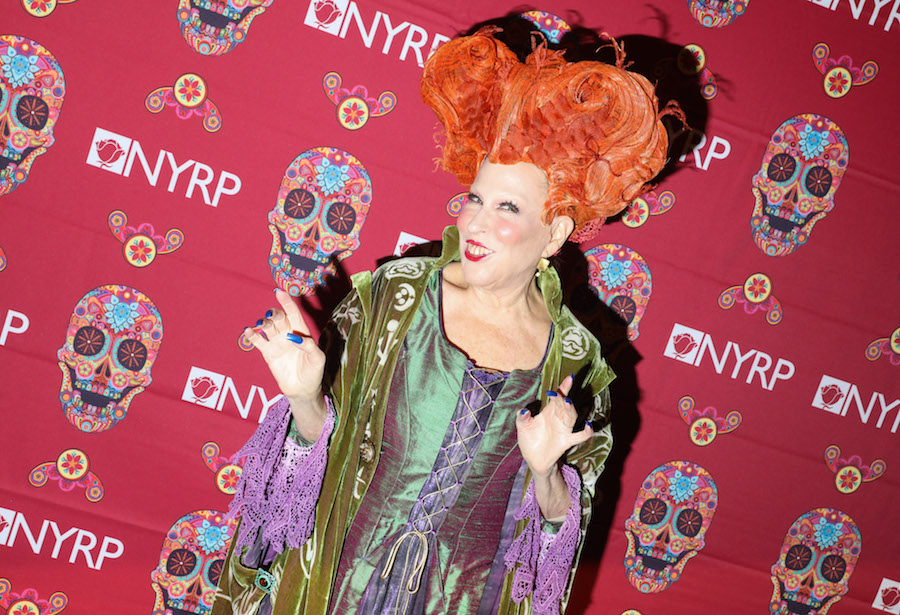 Actually, no, it doesn’t. This is a Hocus Pocus reunion, and any version of that is a good one. While we’ve seen various members of the cast return for Halloween specials and anniversary tributes over the years, this will be a reunion of the Sanderson Sisters themselves!

As part of her annual Hulaween event – gone virtual this year as a result of COVID-19 – thrown to benefit her environmental nonprofit organization The New York Restoration Project,Bette Midler, who played the iconic Winifred Sanderson, announced that she and her on-screen sisters will reunite for the one-hour special.

There’s a lot that can happen in one hour. And odds are, it’ll be an incredible hour. But we have a few specific things we’d like to see happen:

1. Official Confirmation of The Sanderson Sisters Flying to Disney+

That said, all 3 actresses have expressed interest in being part of the sequel. Their concern has always been timing. Back in October 2019,Kathy Najimy, who played Mary Sanderson, told ET, "Here's the honest answer: Sarah and Bette and I all have a million projects and things that we're into, so I don't know if they're gonna offer us [parts].” She continued, “I don't know if the worlds are going to collide so that we could all three do it at the same time."

This year’s Hulaween special would be the perfect time to announce their official involvement with the project.

It is an absolute travesty that Bette Midler’s version of “I Put A Spell On You” is not available to stream anywhere. (There’s a version of the Hocus Pocus arrangement on Spotify, but it is not Midler singing it.) Though virtual musical performances can be tricky, they can be done! And a 2020 rendition of Winifred and her sisters putting a spell on us through our screens would be nothing short of magical.

There is perhaps no better way to kick off this Hocus Pocus reunion than having someone light the Black Flame Candle. After all, it is the official calling of the Sanderson Sisters. And who better to do it than the one who brought them back the first time?

It’d be nice to see Omri Katz back in his role of Max Dennison and would make for a funny little nod to the circumstances of his life since defeating the Sanderson Sisters the first time. Should they want to continue the story, though, and perhaps set up a sequel, Max could simply be the guy who gives a warning not to light the Black Flame Candle, much like his sister and Allison tried to warn him.

You never really know what you’re going to get from the Sanderson Sisters, and that’s what makes them so fun. Whether they’re in character or out, Bette Midler, Kathy Najimi, andSarah Jessica Parker are going to have fun together and, honestly, we can’t wait for the nonsense.

"In Search of the Sanderson Sisters: A Hocus Pocus Hulaween Takeover” will air online on October 30. Tickets are available now for $10.