Everything We Know About "This Is Us" Season 5 (So Far)! 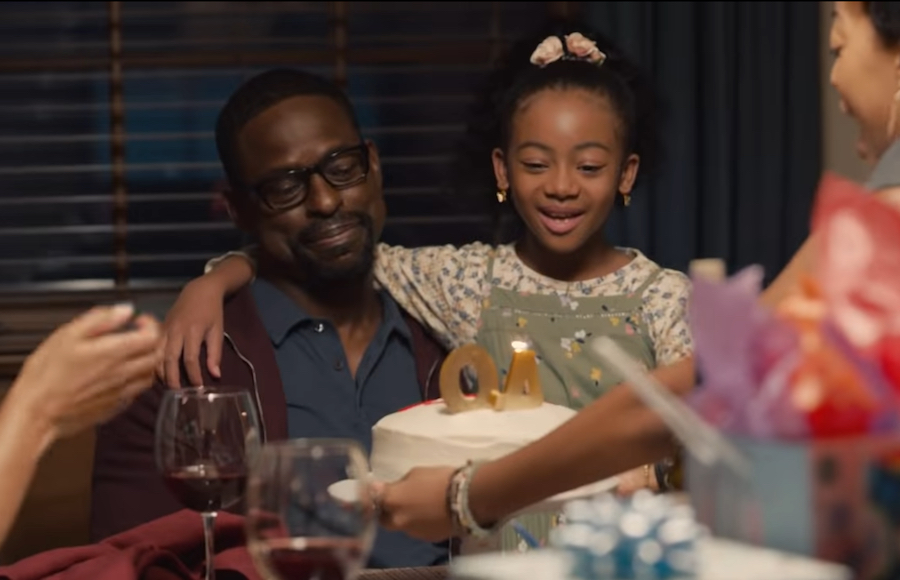 Thanks to COVID-19, our typical TV hiatuses have been extra-long this year. And honestly, it’s been a struggle.

The good news is, we are slowly but surely getting new episodes of our favorite shows again. While most have had premiere dates pushed until 2021, there are a few that are sliding in before the end of the year – including "This Is Us".

The hit NBC drama is set to return for its 5th season on October 27, and, as always, it’s ready to bring the feels. Here’s everything we know about the penultimate season so far!

As always, we’ll be kicking off the season with the birthday of The Big Three. They’re turning 40, and things are as precarious as ever. With such a big birthday, the episode will be just as big, with the premiere set to air in 2 one-hour segments: “Forty: Part 1” and “Forty: Part 2”.

After their big blowout argument at the end of Season 4, it appears their 40th birthday will bring Randall and Kevin back together at the family cabin. How exactly their reunion will go is anyone’s guess, but at least they’re speaking… right?

2. The Season Will Cover Current Events

As always, "This Is Us" will have a finger on the pulse of what is going on. So yes, this season will incorporate the coronavirus in some way, with the first trailer released showing footage of Kevin in a mask.

Sterling K. Brown and Susan Kelechi Watson, who plays Randall’s wife Beth, have also teased that the show will touch on the Black Lives Matter Movement in some form, though both were vague on how. In the latest teaser for the season, though, it appears Randall and his family are watching protests unfold on television.

Kevin definitely used the word "fiancée" in the season teaser. And, as Kate so correctly noted, he’s going to have to explain that. Logically, we know that it’s probably Madison, considering she’s pregnant with Kevin’s children – oh yeah, she’s having twins! – and he made it very clear at the end of Season 4 that he was going to step up when it comes to fatherhood.

That said, "This Is Us" is known for its time jumps. It’s entirely possible that Kevin is referring to another woman entirely, who’s pregnant with another kid. It’s a bit far-fetched, but with "This Is Us", you never really know what’s coming.

4. Things Seem To Be Looking Up For Kate And Toby – For Now

We haven’t gotten too much footage of Kate and Toby this season yet, but what little we have seen has them looking pretty joyful. And why wouldn’t they be? When Season 4 ended, they had just decided that, though it was a crazy idea, they were going to adopt another child. Based on that final flash-forward, the adoption process works out, with Adelaide Kane cast to play Kate and Toby’s future daughter and Jack’s sister, Hailey.

That said, a different flash-forward showed Toby arriving to Kevin’s home alone to say his final goodbyes to Rebecca. So, long-term circumstances for KaToby might not be awesome.

5. There Will Be “Growing Pains”

As for Beth herself, she’s entering a whole new realm of her career dreams, moving back to her dance roots. We know that, in the future, she has her own studio and she and Randall appear to still be happily together, but there’s a lot of room to play with that journey.

6. Kate’s Past Will Resurface

We haven’t seen much of Kate just yet, but Chrissy Metz has promised that Season 5 will be pretty monumental for Kate. Without giving anything away, Metz teased that Kate will be dealing with a significant piece of her past – one that’s so intense, series creator Dan Fogelman actually reached out to her to make sure she was comfortable with playing it out.

You hate to see it, knowing what the Big Three went through with losing Jack, but the future is looking grim for our Pearson matriarch. We now know for sure that she is in the early stages of Alzheimer’s and dementia and, at the end of Season 4, has been guilt-tripped by Randall into taking part in a clinical trial to help her. It’s possible that the trial works, as when we next see Rebecca in the final flash-forward, it’s clearly years later. Still, she’s in her final moments. There’s no miracle cure for her, perhaps just a bit more time.

Worth noting: Nicky is still in the picture at that point, as he’s seen at her bedside, wearing a wedding ring no less. Fans have some theories on that one – the most prominent being that the family is allowing Rebecca to think Nicky is Jack, which evenMilo Ventimiglia thinks has heartbreaking merit – but otherwise, we know nothing for sure with Rebecca.

Of course, you could spend hours picking over small details in the new footage we’ve gotten. And we probably will! But for now, this is all we know for certain.

"This Is Us" Season 5 will premiere on NBC on Tuesday, October 27.