Everything We Know About Steven Spielberg's 'West Side Story' So Far! 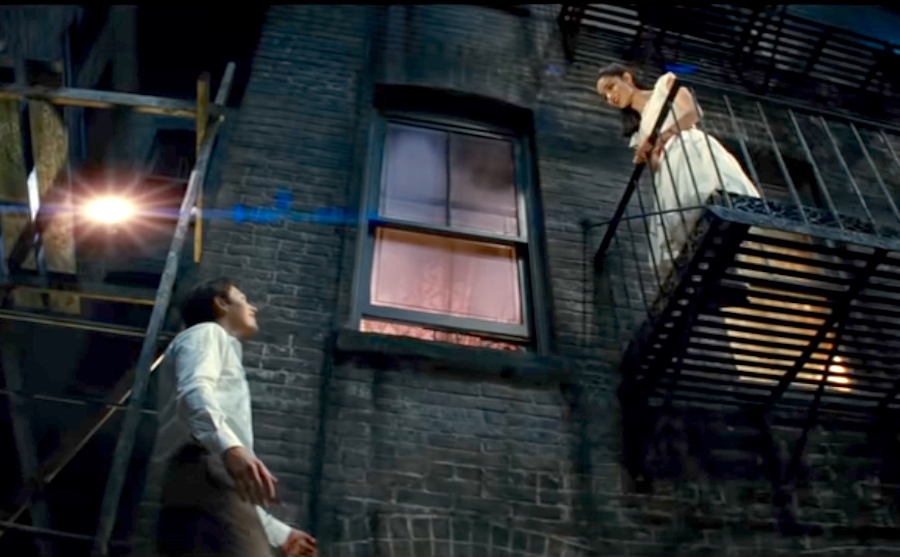 Steven Spielberg is bringing one of our favorite romance musicals back this year with West Side Story, over 60 years after the original musical by Leonard Bernstein (a modern update ofShakespeare's Romeo & Juliet) was released. The remake will star Rachel Zegler andAnsel Elgort as the star-crossed lovers Maria and Tony, and has been years in the making, as well as pushed back due to the COVID-19 pandemic. The original release date was supposed to be December of 2020. We finally got our first sneak peek at the production this past Sunday during the Oscars, as well as a new release date: December 10 of this year!

Here’s what we know about the cast, the movie, and how this remake came to be!

If you’re unfamiliar with the premise of West Side Story, it’s quite literally a modern adaptation of the Shakespeare play about forbidden love, Romeo and Juliet -- a tale of rival teenage street gangs the Jets and the Sharks. María is played by up-and-coming, previously unknown talent Rachel Zegler, and Tony is played by The Fault in Our Stars and Baby Driverstar Ansel Elgort.

Rachel Zegler was discovered for María via Twitter in early 2018 when she was just 16 by responding to an open casting call that ended up scoring her the leading role. She had previously portrayed María in a local production of West Side Story and resonated deeply with the Latin roots of the story as a Latina – something she frequently spoke about in her interviews regarding the film remake.

It was also confirmed in February that she would also be in DC's Shazam: Fury of the Gods, her now second major movie appearance afterWest Side Story.

Zegler was noticed even further in 2018 when she posted a clip of her singing “Shallow” in an empty auditorium when people began accusing her of using autotune. The clip continues to rack up views even years later – it’s been watched 11.7 million times so far as of this writing. She’s got some legit talent – no autotune there!

someone: you use autotune????
me: pic.twitter.com/9sPBkDj2kf

Some other notable young talents in the film include: Maddie Ziegler, “Dance Moms” alum and star Sia’s muse, who plays Velma; dancer and Broadway star David Alvarez, one of the original Billys in Billy Elliot the Musical, who plays Bernardo; Myles Erlick, who played Noah on “The Next Step”, will be playing Snowboy; and Ariana DeBose, known for her roles in Hamilton and Netflix’s The Prom, will be playing Anita.

We’ll also be seeing a familiar face known to fans of the musical: Rita Moreno, who played the original Anita in the 1961 film (and won an Oscar for her performance), is returning to the 2021 film as Valentina, which is a “remade version of the character of Doc”, according to Town and Country Magazine, who owns the corner store where Tony works.

The well-beloved musical tackles racial stereotypes as well as young love, and the original won a whopping TEN Oscars back in the '60s, so it will be exciting to see what Spielberg’s adaptation of the film – and Zegler’s incredible talent – will bring to it, and if it can match the success of the OG!