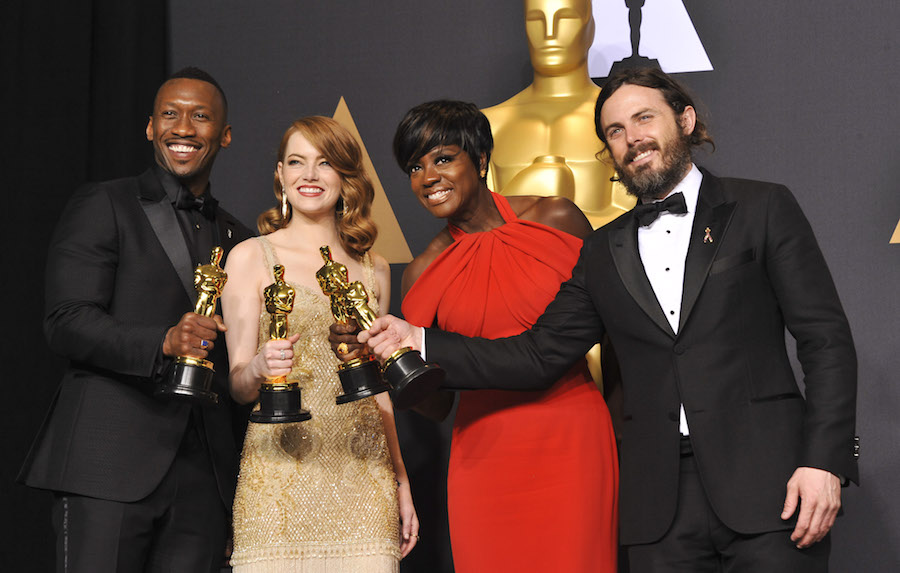 There's no denying the fact that, in times of strife and social upheaval, art has been a great source of comfort, hope, catharsis, unification... you name it. From the moment humans first gained consciousness, we've been telling stories. It's engrained in our psyches, and there's no stopping it, no matter how hard some people try to or how many people try to claim that arts are silly or frivolous or that artists have no business commenting on social or political issues. And while there are even swathes of artists themselves who claim that the Academy Awards are also frivolous and don't mean anything, last night proved definitively how important arts and storytelling are, as are the people who create them.

The 89th Academy Awards weren't so much about the winners as they were about what those winners had to say and the stories they were trying to tell, not just on-screen but off as well. In fact, it's safe to say that there was a story surrounding the Oscars ceremony itself. And that story unfolded in the words of the presenters and the winners. From O.J.: Made in America director Ezra Edelman reminding us to honor the memories of the slain to Viola Davis's tearjerking call for the celebration of life through the stories of the deceased to The Saleman director Asghar Farhadi's powerful statement read in his absence, it was an intense evening all around, culminating in a somehow fitting upset of run-of-the-mill Hollywood musical La La Land to powerful coming-of-age film Moonlight for Best Picture -- in the middle of La La Land's producers' acceptance speech!

So let's relive the story of last night's Oscars through the words of those who were there to remind us why the arts are so vital...

Seriously, if you weren't moved to tears at least half a dozen times last night, go to the doctor immediately and have your pulse checked!