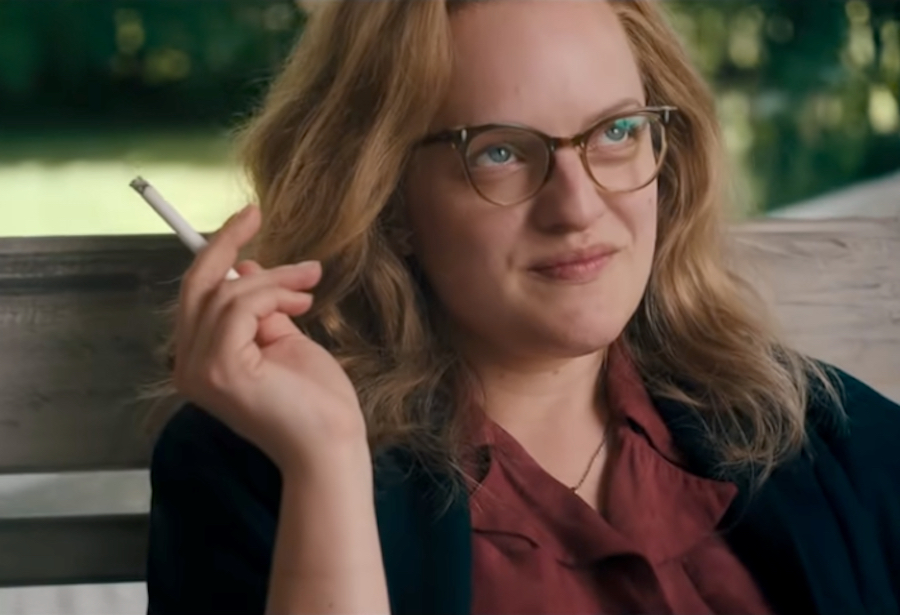 Elisabeth Moss, whom we know and love from “The Handmaid’s Tale” and “Mad Men”, is back, this time as the talented horror writer Shirley Jackson (The Haunting of Hill House, "The Lottery") and joined by an amazing cast that’s ready to honor Shirley’s life and work: Logan Lerman,Michael Stuhlbarg, and Odessa Young are only the tip of the ice!

But if you haven’t heard anything about the movie or Shirley Jackson herself, don’t worry: let’s talk about what it has in store for us while we take a look at the first trailer!

First thing’s first: who is Shirley Jackson? She was a female horror writer whose work is mostly comprised of terrifying novels and short stories. Born in 1916, she sadly didn’t have the happiest life: she was trapped in an unhappy marriage where her husband was very controlling and constantly cheated on her.

However, she left an indisputable footprint in horror as a genre and has remained influential even today. Her book The Haunting of Hill House was recently adapted by Netflix, receiving great reviews that highlight her talent to portray the chilling and horrifying aspects of both life and death.

That’s why our expectations are running high for this biographical drama that promises us a glimpse into her dark yet alluring mind!

When a young couple (Logan Lerman and Odessa Young) moves in with Shirley and her husband (Michael Stuhlbarg), both chaos and inspiration will take over the writer, who will give birth to her next masterpiece while mixing reality with fiction, whatever the cost. Judging by the trailer, it looks like we’ll see her personal life (which might be as tumultuous as her fictional pieces) and its underlying uneasiness, while we dive into what’s left of her marriage.

The suffocating atmosphere really reminds me of other psychological horror movies such as Crimson Peak or Suspiria, and honestly I think director Josephine Deckermight have brought us a future Oscar nomination! The cinematography, screenplay, and especially the performances look absolutely stunning, but we’ll have to judge that ourselves when watching the movie.

Luckily, it’s already available in virtual cinemas in the United States, so be sure to check outSHIRLEY this summer!

We made a haunted, haunting tribute to one of the greatest horror writers!!! #shirley starring the genius @elisabethmossofficial @ayoungcowgirl @loganlerman and Michael Stuhlbrg is premiering June 5! Wowwww... Enormous gratitude to our brilliant cast and magnanimous crew and to our very own writing guru @callmegubbins ! gracias to our partners at @neonrated ! Am over the ink black moon