Eddie Murphy Is Your King-to-Be in 'Coming to America' Sequel! 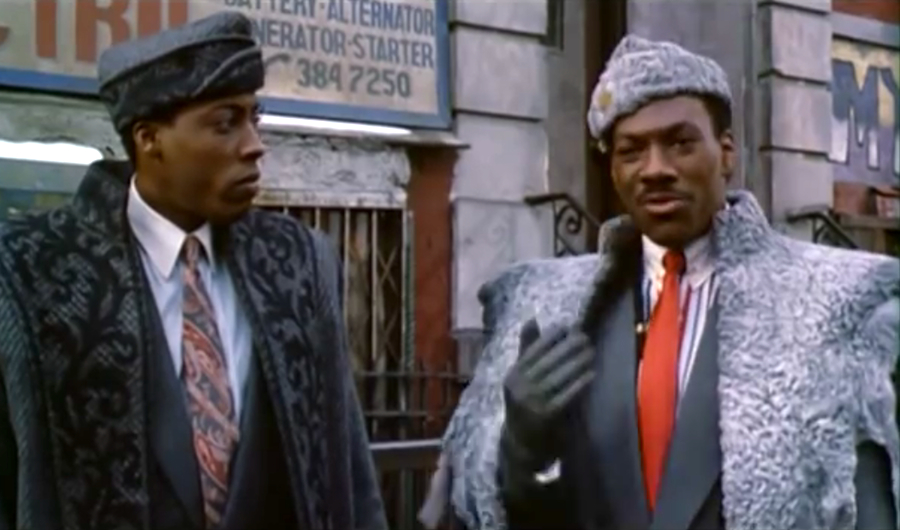 Here’s some news that will surely make your SOOOUUUL GLOOOO, baby!!!

30 years after Eddie Murphy stepped foot onto Queens, New York, in arguably his greatest film, Coming to America is getting a sequel, with filming to start this Summer!

For the tragically uninformed, 1989’s Coming to America told the story of Akeem, the heir to the throne of the fictional African kingdom of Zamunda (played by Murphy), deciding to shirk his arranged marriage and search for love on his own terms in America. Along with his valet Semmi (Arsenio Hall), all sorts of hijinks ensue when Akeem insists on living in the poorest apartment building in Queens, NY, and taking a job at a McDonald’s knock-off, McDowell’s, where he meets the girl of his dreams… who is already going steady with the heir of a haircare product fortune. The movie ends with Akeem’s beloved, Lisa, surprising him on his wedding day back in Zamunda and they live happily ever after (we assume). Both Murphy and Hall take on multiple roles throughout the film, including an over-zealous local preacher and an old Jewish man in a barbershop. Oh and peep a pre-Mufasa James Earl Jones as Akeem’s father, King Jaffe Joffer.

The project already has a pretty impressive team assembled. In addition to Murphy co-producing, the screenplay (actually a re-worked script by original Coming to America writers Barry Blaustein and David Sheffield) will be coming from none other than “Black-ish” creator Kenya Barris, and directing duties will be handled by Hustle & Flow’s Craig Brewer.

No concrete plot details have been released, though there is speculation that it will revolve around Akeem having to return to America upon learning about a secret long-lost son. Coming to Americais a classic fish-out-of-water story, so it would make sense that the sequel would follow suit. I’m willing to bet that this installment will take place in Los Angeles – which was the other option for Akeem to travel to in the original before a flipped coin decided on Queens instead. L.A. is a whole different ballgame from NY, of course, so there will be all kinds of new and hilarious shenanigans for the Prince (now the King, most likely) to get himself into!