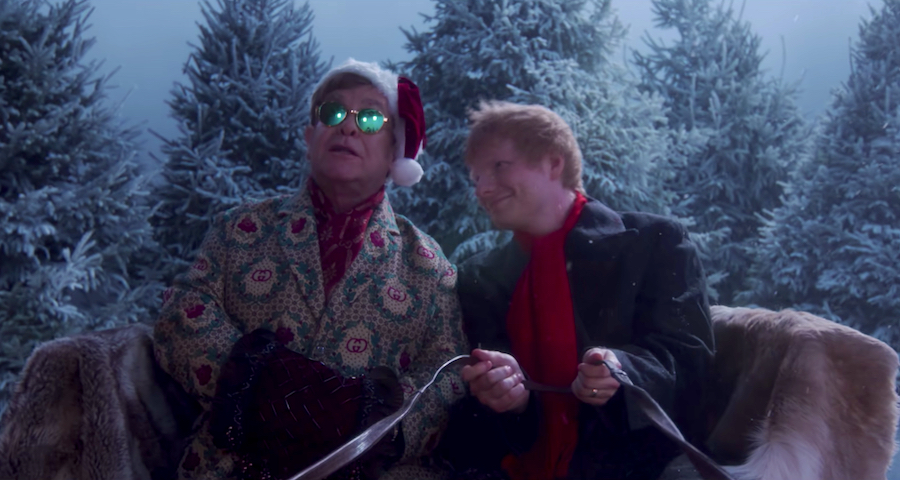 ‘Tis the season, folks – not just for cranking up your favorite holiday tunes to get you into the spirit but also for giving back!

Another longtime holiday tradition we’ve come to expect over the years is new epic collaborations between musical artists, and this year, that team-up comes from none other than Ed Sheeran and the iconic Sir Elton John!

The dynamic British duo is joining forces on the track “Merry Christmas”, a peppy tune highlighting Sheeran’s smooth, comforting vocals and John’s signature piano-playing. The accompanying music video sees the twosome gliding through familiar Christmas tableaux, like drinking mulled wine by a fire, taking a sleigh ride, snowball fights, and… rubbing up against giant wrapped presents (hey, you do you, everyone has their own traditions!).

The song itself evokes vibes of ‘60s-era Christmas jams, and Elton & Ed seem the perfect didn’t-know-we-needed-it-until-now pair to get us all in our holiday feels. Best of all, publishing royalties and sales profits from the single will benefit BOTH the singers’ charities – the Ed Sheeran Suffolk Music Foundation and the Elton John AIDS Foundation. What could bring more holiday cheer than that?! 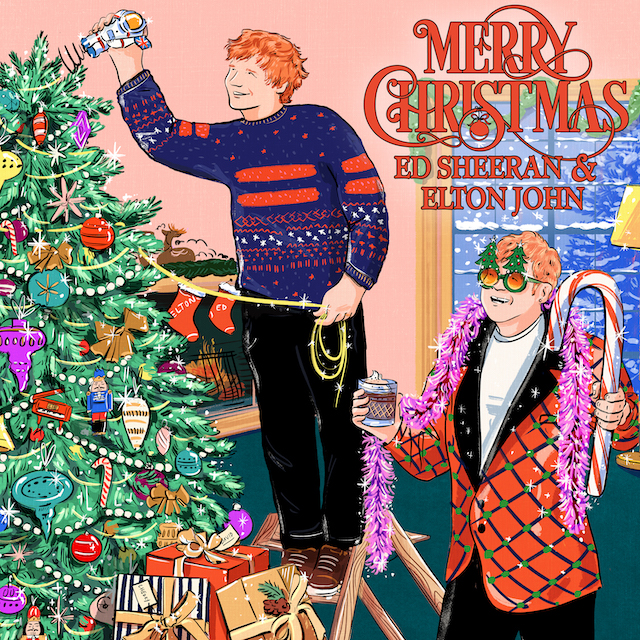 Of course, this isn’t either artist’s first foray into the holiday music scene – in 2017, Sheeran topped the UK music charts with his ballad, “Perfect”. As for Elton, this single marks his return to holiday music after 48 years, since his single “Step Into Christmas” became a perennial favorite.

So through on your favorite scarf, cuddle with your nearest snowman, and blast this new holiday classic while admiring your Christmas decorations!