East Meets Westeros? India Producing Its Own Version of "Game of Thrones"! 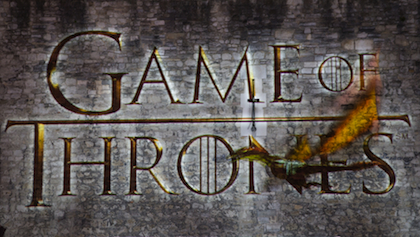 Look out, folks, because Westeros might be going Bollywood!

Sony Entertainment recently announced that they will be producing a new version of "Game of Thrones"... in India. The series will be called “Rani Mahal,” which is most likely a reference to a palace that was destroyed by the British in 1857, during what is known as India’s First Great War of Independence.

What’s most interesting about this version of “Game of Thrones” is that there is no word yet on whether it will be based on the HBO series or the novels. One Pakistani network has claimed that the show will follow George R.R. Martin’s A Song of Ice and Fire books, just as the current HBO show does (or at least it did in the beginning...). On the other hand, other sites have reported that this version will not even remotely resemble the books or the HBO series. “Rani Mahal” will, in fact, be set in 1857 and focus on the politics of the women in the palace at that time. This version will be far more politically and historically charged, since 1857 was a significant time in Indian history.

Despite the fact that no one is sure how this will resemble either "Game of Thrones" or A Song of Ice and Fire, casting directors have already found their Daenerys and their Cersei. The Mother of Dragons will be played by Sakshi Tanwar, who is a well-known Indian TV actress, while Anita Hassanandani will portray the treacherous Cersei. Considering the fact that only one male has been cast (Parth Samthaan will play Jon Snow, who will most likely know nothing in this version too), it seems that “Rani Mahal” will focus more on the female characters than the males.

I am really intrigued by this, primarily for the fact that “Game of Thrones” as well as A Song of Ice and Fire tend to be rather salacious (to say the least), yet India has extremely strict laws on what can and cannot be shown on television. I would be curious to see if they do choose to follow the books, if it would actually follow the novels or the show, and what that would be like. Personally, the alternative version sounds quite interesting -- I love a great show about political intrigue, and it sounds like that version would be full of plenty of it.

Are you curious to see “Rani Mahal”?