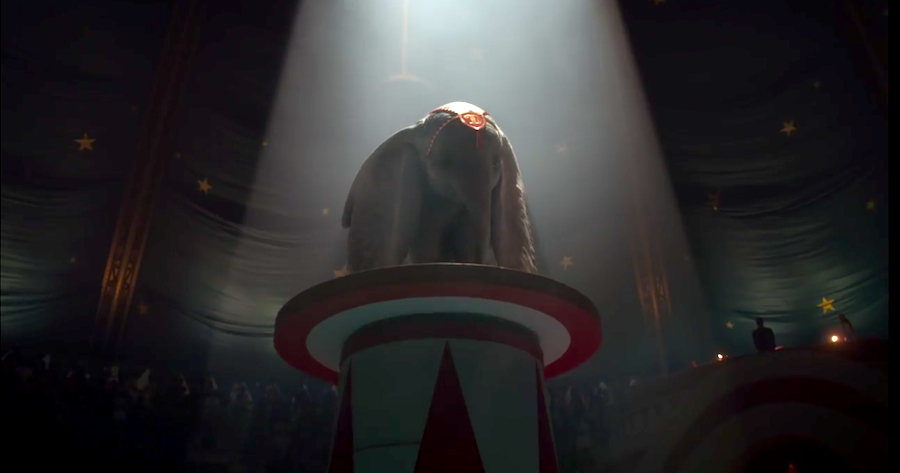 Tim Burton is taking a detour from his usual eccentric dark films that we know and love, like The Nightmare Before Christmas andBeetlejuice, to reimagine a childhood favorite: Dumbo!

The tiny elephant with oversized ears comes to life in his beautiful CGI rendering in the emotional teaser trailer. Opening withAurora’s crooning rendition of the original Dumbo hit “Baby Mine”, we’re instantly transported back to the World War II era of circuses and fantasy.

The trailer doesn’t reveal too much about the story, but here’s what we do know -- Based on the 1941 Disney animated film, the reboot follows former circus star Holt Farrier (Colin Farrell) as he returns home from war to work with Max Medici’s (Danny DeVito) circus troupe, where he has the job of taking care of Dumbo, a baby elephant with abnormally large ears that afford him the gift of flight. Unlike the original cartoon, it doesn't seem like this version will feature talking circus animals, but we'll have to wait and see to know for sure...