Does David Bowie Music Improve the Taste of Brandy? 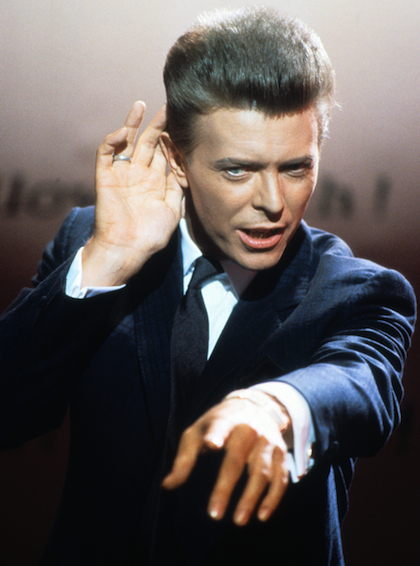 Let’s face it, the weirder the idea is the cooler it becomes for science when it actually works. Like, who thought to put Mentos into soda? Who cares?! But science has proved that it’s fun… though not fun to clean up. Science is now working on a new theory as we speak, and by "science" I mean "a brandy distillery out in Kentucky".

Cooper & Kings is a brandy distillery based out of Louisville, Kentucky, and it is here that they are adding a little something extra to flavor their brandy. No, not an ingredient -- instead they are blasting rock, metal, jazz, and any other music you can think of in those genres, while their brandy is left to age in barrels. Some specific artists mentioned playing for this process include David Bowie, Jimi Hendrix, and Bruce Springsteen, but the playlist is subject to change during different holidays. For example, the artists listed above were played for an “uplifting” 4th of July mix, because we all know that the British national treasure David Bowie is great to celebrate America’s birthday with. (Although, “Dance Magic Dance” as sung by Bowie in the Jim Henson film Labyrinth is pretty uplifting.)

But what does blasting different kinds of rock music actually do to aging brandy? That’s where our friend Science comes in. Brandy gets its flavor from touching the surface of an oak barrel, so the more the brandy touches the surface, the more oak flavor is absorbed into the alcohol, and the better the brandy tastes. Cooper & Kings surmises that rock music will provide the optimal amount of movement for the brandy to touch the oak surface. This is, however, just a theory and unfortunately good brandy takes two years to age in a barrel; any sooner and it will not be pleasant for anybody involved, so we still have some time to wait and see if Cooper & Kings's musical method works.

But let’s try to enjoy the next two Cooper & Kings brandy-less years and hope that this song really gives the drink that fine touch it needs: