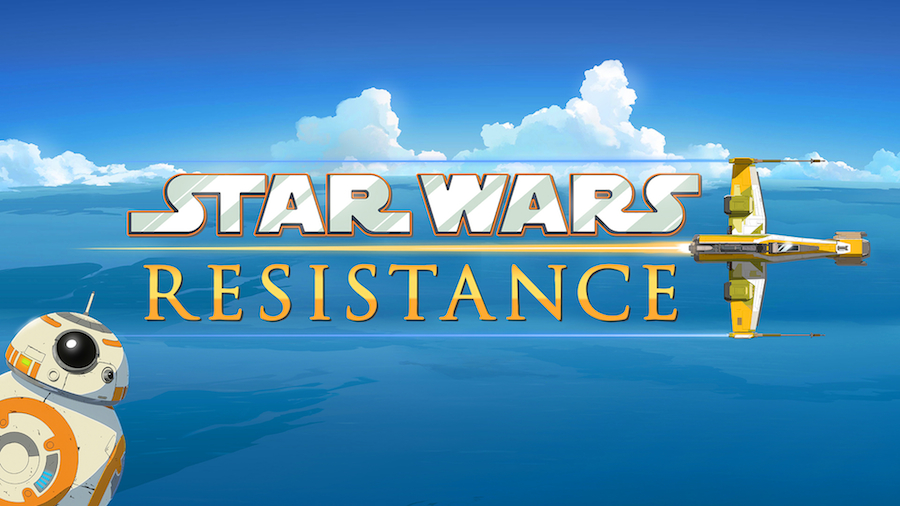 If you’re like me, then the slow trudge until Star Wars: Episode IXcomes out next December seems like a lifetime away. Sure, The Last Jedi only came out a few months ago, and several tie-in novels and comic books have been released in the interim, but we are already hungry for more!

Well, fear not, brave rebels, because Disney XD and Lucasfilm are here to satisfy our cravings! If you enjoyed previous classic Star Wars animated shows like “Clone Wars” and “Rebels”, then you will be happy to hear that the same fella who created those,Dave Filoni, is the mastermind behind a new animated series called “Star Wars Resistance”! Set in the time period just prior to The Force Awakens, this new anime-inspired series will follow the adventures of Resistance pilot Kazuda Xiono, who is tasked with gathering intel on this sinister new regime on the rise called the First Order.

Although Kazuda will be a new character we’ve never met before, expect to see several familiar faces in this new series, including trusty droid BB-8, as well as ace pilot Poe Dameron and First Order baddie Captain Phasma, both of whom will be voiced by their live-action counterparts, Oscar Isaac and Gwendoline Christie, respectively! Now if that isn’t a deal-maker, I dunno what is!

Of course, this begs the question… well, several questions actually:

- Will we get to learn more background about Supreme Leader Snoke (something sorely lacking from the Sequel Trilogy thus far)?

- Will we get to see baby apprentice Kylo Ren? Or even find out more about his turn to the Dark Side?

- Will we get to see how stormtrooper janitor FN-2187, AKA Finn, went from mindless drone to First Order defector?

- Might we even get a glimpse of Admiral Holdo, and perhaps some more insight into her friendship with General Leia?

All these questions and more will hopefully be answered when “Star Wars Resistance” hits TV screens this Fall!