Disney Going Back to Neverland with Live-Action 'Peter Pan' Movie! 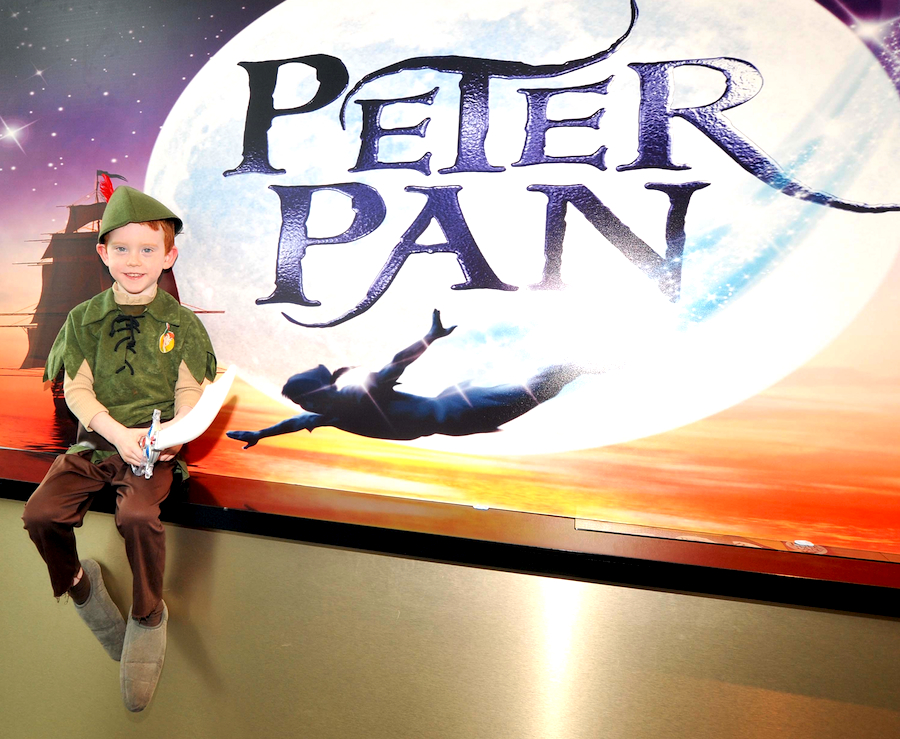 On the shelf among the arsenal of obsessions I’ve accumulated over the years (next to Psycho, Star Wars, and ASOIAF) sits prominently my lifelong love for Peter Pan. For any of you who believe that that’s a childish whimsy to have (the story is, after all, about a boy who refuses to grow up), I invite you to actually pick up a copy of J.M. Barrie’s original novel. If you can get through the highly sophisticated prose, you’ll be able to see that this isn’t just some breezy fairy tale – the story is chock full of deep themes and symbolism not just about staying young but about growing up.

Themes, incidentally, that are not wholly absent from Disney’s 1953 animated adaptation of the story. In fact, it was Disney’s version that drew me to the story in the first place. “Well, THIS is different,” 7-year-old me thought to myself. In fact, I’d wager that Disney’s animated Peter Pan is probably their most faithful to canon of all their adaptations. So it made all the sense when, half a century later, the studio was approached to make a live-action adaptation of the film from a script written by P.J. Hogan and Michael Goldenberg. Unfortunately, they declined. Why? Because Hogan and Goldenberg’s script actually highlighted all those pesky adult themes that I just mentioned the cartoon seemed fully aware of. Critic Roger Ebert put it best in his review of the eventual 2003 film: “It’s not that the movie is overtly sexual; it’s just that the sensuality is there, and the other versions have pretended that it was not.”

Luckily, the Great Ormond Street Hospital in London, who owned the rights to Barrie’s story at the time, saw absolutely no problems with Hogan and Goldenberg’s script and gave them a big thumbs-up covered in fairy dust. Thus the project shifted to Universal, but the film went so over-budget that they it appears they didn’t have any cash leftover for proper marketing; so even though the film got predominantly favorable reviews, virtually no one aside from hardcore stans like me knew about it. Which is the biggest shame, because that movie was the live-action version of the story I had been waiting for since I was 7. (Do not talk to me about Hook unless you want to see me foam at the mouth, okay, thank you.)

So imagine my surprise/delight/slight bewilderment when I learned this morning that Disney was reclaiming their lost opportunity from nearly 15 years ago and planning a live-action version of their own! I guess I shouldn’t be too surprised after all, considering that Disney has been revisiting many of their old animated classics of late and giving them shiny new live-action makeovers (including Cinderella, The Jungle Book, Alice in Wonderland, and upcoming remakes of Beauty and the Beast and Dumbo). Given how successful these films have been, and considering how Disney has been able to successfully showcase Barrie’s original story in the past, I am, of course, intrigued. But I do have two very important questions:

1. Will this be an actual straight adaptation of Barrie’s story, or will it be yet another misguided re-imagining or prequel? Most of Disney’s new live-action films have followed the original tales, but then there’s Maleficent, which told the story of Sleeping Beauty from the villain’s perspective. Not that I wouldn’t mind a retelling of Peter Pan from Captain Hook’s POV…

2. Will Disney’s version come even close to P.J. Hogan’s film? As far as I am concerned, that is the definitive big-screen adaptation of the story. And one of those reasons, as I’ve already mentioned, was the fact that it didn’t shy away from the more sophisticated and “mature” themes. Would Disney be game to address this now, as they weren’t prepared to do in 2003? Even though they already seemed to have a pretty good handle on it in their 1953 cartoon?

The new version will be directed by David Lowry, who just completed a stint with Disney adapting a new live-action version of Pete’s Dragon, so clearly they think this guy is up to snuff. Thus far, Lowry is best-known for writing and directing 2013’s Ain’t Them Bodies Saints, which I am now going to have to watch in order to vet this guy putting his mark on my sacred story. Obviously, I am hoping for the best, but I am cautiously optimistic.

Let’s do this, Disney!