Disney Announces Release Date of Streaming App & All The Content That Will Be Available! 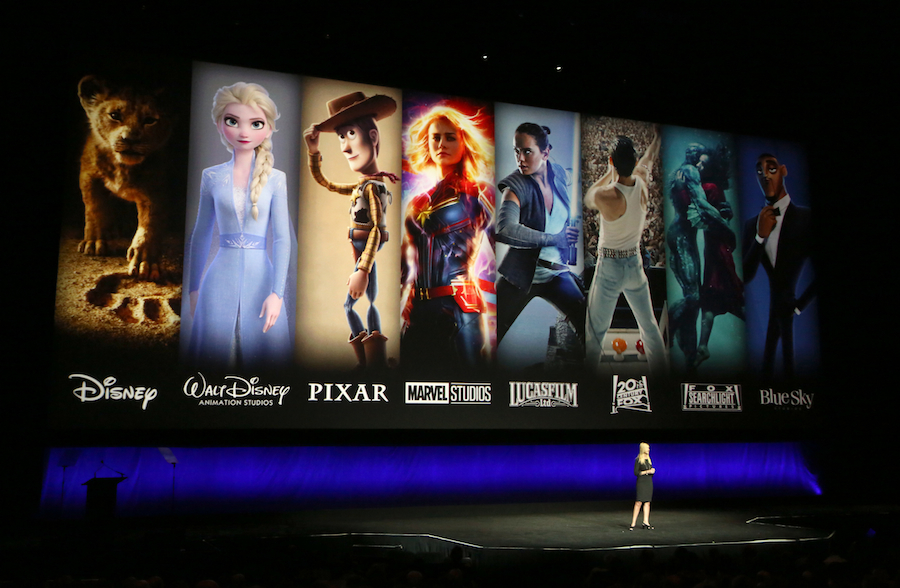 Disney fans, Marvel fans, Star Wars fans, Fox fans, get out your wallets because another streaming platform is set to launch with all your current, past, and future faves at your fingertips.

Ever since Disney announced their new streaming service, Disney+, last year, we have been absolutely salivating for more information about what we can expect to be available on the platform. As it turns out… pretty much everything!

Now that Disney owns Marvel, Lucasfilm, Pixar, and Fox, that means A LOT of available programming to pack this streaming service with, and at Disney’s Investor Day event yesterday (April 11), we got an idea of just what that will look like. Here’s a breakdown by properties:

As expected, the Disney+ app will feature all your classic faves from the extensive Disney library, like Snow White and the Seven Dwarfs and Beauty and the Beast. These will all be available on launch day. This is significant in that it basically retires Disney’s decades-long habit of re-releasing classic films for a limited period and then sending them back to “The Vault” for extended, indefinite periods. NO MORE, as you can get your Cinderella or The Little Mermaid fix any time now! In addition, several live-action films will be available via the app only, including a live-action version of Lady and the Tramp, a Christmas flick starring Anna Kendrick called Noelle, and a documentary about the making of Frozen 2.

The above will also include all Pixar films, natch, but some new content as well, including new shorts focusing on Toy Story characters like Forky and Bo Peep.

Disney has a whole slate of Marvel Universe spinoff shows coming exclusively to Disney+. Marvel characters getting their own spotlight include Loki, Vision & Scarlet Witch, Falcon & Winter Soldier, and a miniseries for Hawkeye. All the actors who played these characters on the big screen are expected to return for these shows, so for those of you dreading no more Marvel content after Avengers: Endgame, no need to fret! Disney+ intends to feed you well! It’s still unclear whether or not Disney plans to revamp all of the recently-canceled Marvel shows on Netflix (“Jessica Jones”, “Luke Cage”, “The Punisher”, etc.) for Disney+, but the company has hinted that the characters might be turning up in some form or another on the app. Stay tuned…