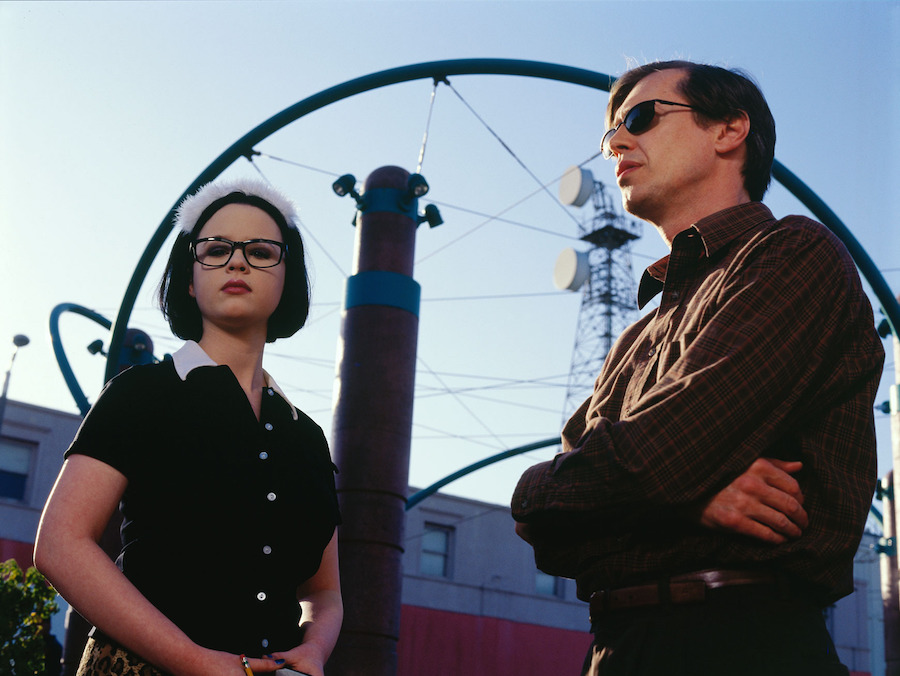 Great news, Indiana Jones fans! Disney, which is planning to release a fifth Indiana Jones film, recently acquired the rights to Delilah Dirk, graphic novel series which has been described as a female Indiana Jones. Written by Tony Cliff, the series takes place in the early-19th century where super swordslady Delilah battles pirates while going on adventures on her flying boat (if that doesn’t sound awesome to you, then I don’t know what does). The film will be an adaptation of the first book, in which Delilah escapes from a prison in Turkey and gets a mild-mannered love interest.

Delilah Dirk sounds pretty kickass and will certainly be an asset for Disney, which could definitely use some more strong heroines in their repertoire. However, there are dozens of female and feminist-centric comics they (and other studios) could/should consider too. While films have already been made of a few of them (Ghost World, Persepolis), there are still plenty more out there. Here are five that need a film adaptation!

Written by Kelly Sue DeConnick and illustrated by Emma Rios, Pretty Deadly is a bit dark for Disney but would still make an incredible film for other studios to pick up! The story concerns the origin of Death -- who happens to be a girl named Ginny -- and pulls from Western settings and numerous mythological fables. The comic includes a number of other tenacious females, including Molly, who was transformed into a raven, and a mysterious woman named Big Alice. Pretty Deadly has been a hit among critics and readers alike it’s the exact type of female-empowered story that needs to be made into a film.

Disney really needs to take note of this comic (starting with the title), which spins traditional fairy tales on their heads. Written by Jeremy Whitley, this all-ages comic follows Princess Adrienne, a strong-minded girl whose parents locked her in a tower to be rescued by a prince. But Princess Adrienne is not the type of girl to wait around for a a Prince Charming, so she rescues herself with the help of her guardian dragon and sets out to save her other six sisters from their own prisons. In recent years, Disney has started to become a bit more feminist with their princesses (Frozen, anyone?), and Princeless takes it to the next level. Princess Adrienne would definitely be the coolest Disney princess.

Deemed one of the best graphic novels for younger readers, Anya’s Ghost took four years to be completed. Written by Vera Brosgol, the novel follows Anya, a young Russian immigrant, who is struggling to fit in at her snooty New England school. One day, while walking through the park, Anya befriends a ghost. The story follows Anya and the ghost’s friendship, as well as her trials and tribulations of surviving school. A few of the series' themes include the importance and friendship and why one should always be themselves. Anya’s Ghost also features a rather unexpected villain, which recent Disney films seem to be quite fond of.

Created by Linda Medley, Castle Waiting takes place in a world mixed with different fairy tale characters. The story begins in Sleeping Beauty’s castle, which has long been abandoned and taken over by a group of mischievous sprites and poltergeists whose lives get turned upside down when a pregnant woman (fleeing from her abusive husband) comes to live with them. Later in the series, certain characters' backstories are fleshed out, and the woman (Lady Jain) and her child begin to settle in quite nicely. Disney has already had a lot of success with modern takes on fairy tales (i.e.: “Once Upon a Time”), so it sounds like Castle Waiting would be the perfect mix of fantasy and strong heroines.

Written by Mariko Tamaki and illustrated by Jillian Tamaki, This One Summer has actually gained a fair bit of controversy. Praised by critics, This One Summer follows two pre-teen friends as they come of age in Awago, a small beach town. Together, the two girls, Rose and Windy, learn about the hypocrisy of adults and boys. The book raised controversy after libraries in Minnesota and Florida removed the book due to parents' complaints over the book’s use of profanity and adult themes. So This One Summer may not be the most ideal graphic novel for Disney to adapt, but it could work quite well in the hands of another studio -- and as we all know, controversy sells.

Which feminist graphic novels would you like to see adapted into film?