Definitive Ranking of the Best Actors to Portray The Joker! 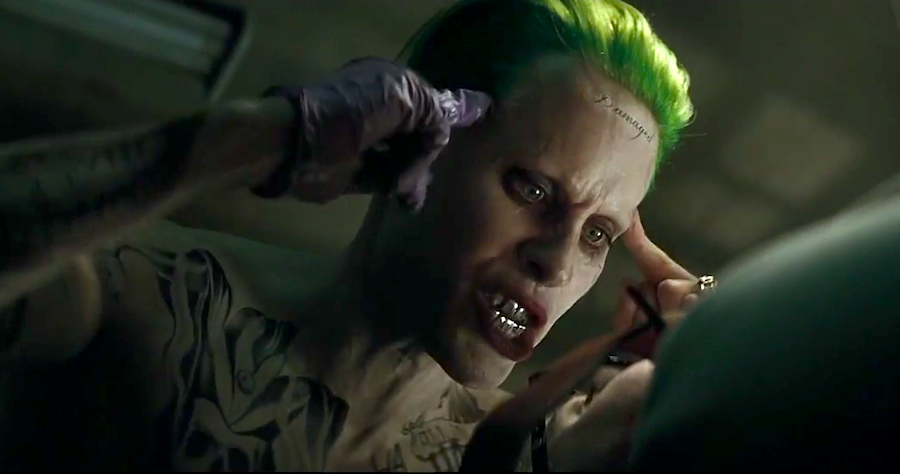 Recently, the actor best known for playing Luke Skywalker and, to a lesser extent known in semi-smaller circles, for voicing The Joker in “Batman: The Animated Series” (starring my favorite Batman, Kevin Conroy) and other related properties, AKA Mark Hamill, spoke out in praise of The Joker’s withstanding popularity that has kept many an actor gainfully employed over the years. So let’s take a look at the most well known stars and see who exactly was the best!

(Note: These views are my own and but they also happen to be the correct ones.)

This is an easy one that Jared Leto would be at the bottom of the list for his portrayal, because the fact of the matter is, no matter what we thought about Suicide Squad, the man was barely in it.He was even shocked at how little screen time he got and he took this role seriously enough to the point that he was mailing co-stars used condoms as a twisted joke. I’ve seen Suicide Squad and maybe hated it less than most but I still have little to no sense of this character. So, whether boxing up balloons with man spunk in them and sending them out to co-workers is this or any of The Joker's sense of humor or not, I can’t say, but Leto shouldn’t be condemned for lack of trying… just lack of screen time.

I will start this off by saying I have not seen The Lego Movie, but I have seen Lego Batman and I loved that movie and all of the characters and deep cut villains in it (especially Condiment King). I also think Galifianakis and the script did a great job of giving us a very vulnerable and lonely Joker who just wants Batman to admit they’re friends. From his plans to teach Batman a lesson and the chaos he ensues overall to how hysterical he is, this may be a different Joker but it’s a fun alternative that I absolutely love. I put him a bit low on the list, however, just because this wasn’t quite the "traditional" The Joker we’re used to.

Campy, completely misses the mark of who Batman is, and downright stupid is what a lot of people would use describe the 1960s “Batman” television show. From the slogan of “Tune in next week. Same Bat-Time! Same Bat-Channel!” to that that theme song you know whether you’ve seen the show or not, this show was quite unusual to the Batman we know today. What isn’t too unusual, however, is The Joker. Sure, he can’t be too dark and murderous due to the tone of the show, but the campiness of the character came out here (sometimes to a fault). Mr. Romero’s performance can be seen as an influence in nearly every incarnation of The Joker since. Seriously, watch this guy and then watch your favorite Joker and look for how he speaks, laughs, sense of humor, or even just overall mannerisms. It all started with this guy. Plus, The Joker was almost erased from the comics until he appeared in this show, so Romero gave the character newfound popularity that opened the stage for a batch of particularly dark '70s comics with The Joker.

(And now to undo everything I said about him in two Bat-Minutes!)

Before the heartthrob from Downunder Heath Ledger took on the clown prince of crime, Nicholson did and was seen as the pinnacle of the character’s portrayal. Sure, I take issues with the fact they gave us a cut-and-dry origin story for The Joker having been a mobster, thus his transformation to being a clown criminal making not much sense, but it’s what’s in Nicholson’s performance that makes it right. He jokes, he kills, and he’s a downright despicable crook who happens to be a criminal mastermind. It’s got everything that a viewer could want from The Joker, including a particularly bizarre Prince-fueled march through the streets of Gotham!

“Gasp! Heath Ledger, the greatest actor of our time, isn’t at the top?! How dare you, good sir!” Is exactly what I’m sure you’re saying right now. I get it. He got an Oscar and may or may not have died from being driven crazy by doing the role. I’m not here to kick a dead man or knock him down a few pegs. I love him inThe Dark Knight, but he’s just not exactly what I keep going back to. There isn’t much I can say about the performance that hasn’t been said. It’s dark, gritty, and brutal. Plus the fact that there are swirls of theories around the Internet about how this Joker is a combat veteran suffering from crazy amounts of PTSD adds to the depth of the character. It shows how much detail a writer can pack into a film and how much attention the director can take away from said details, thus making the audience have to think to figure it out. Everything about this performance is what makes movies great and how to write interesting characters that will live on for years. Not to mention the small details, like when The Joker crashes Bruce Wayne’s party, grabs a glass of champagne, and dumps most, if not all of, it out because he must always have his guard and be sober; it's so small but so smart. It’s got everything actors should do but still, I’m not actively seeking out this performance or movie.

You should’ve seen this coming from the beginning when I offhandedly mentioned that Kevin Conroy is my favorite Batman. I won’t get into the genius of the animated series that began as a pretty gripping comic book drama show for young and old, but I will say that this Joker has it all. He’s funny, he’s smart, he’s arrogant to a fault, and overall a chaotic mess. Nobody was able to bring that alive more through voiceovers in a cartoon than Mark Hamill. Even in live action adaptations, it’s this laugh that always sells me. The menacing voice that can pierce your soul with how cold and angry it can be one second, and then lightens up and puts you on the verge of either laughing or feeling completely uncomfortable, or both at the same time. Sure, it was a cartoon that was supposed to be for kids, but Hamill sells this character to you in a way that nobody else quite has. If you want darkness, there’s plenty here, and then amount of other things he’s done with The Joker, from video games to the top-notch DC animated movies, seems to be growing as he never misses a beat. Agree or disagree, this Joker is my favorite and the one I’m always dtw (down to watch) when I’m in the mood to get batty.

(Note: The Joker is pretty sure he is going to die in this scene.)