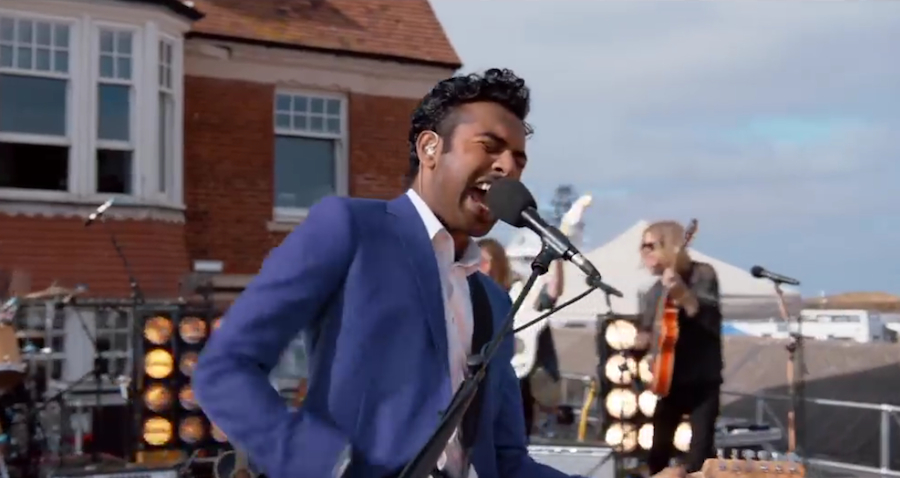 You know those movies where you think to yourself, “Thank goodness someone said yes to that crazy idea”? Well, Yesterday is one of those movies.

Yesterday is about a man who wakes up after a simultaneous bike accident and power outage to discover that he is the only person in the world who remembers The Beatles. No one knows their music, no one knows their names; it’s as if they never existed. Obviously, Jack Malik now has the potential to claim every single Beatles song (and post-Beatles solo song, I suppose) as his own. Now there’s an outrageous premise if I’ve ever heard one!

Jack decides to take advantage of his situation and eventually meets an agent, played by Kate McKinnon. It’s not much of a surprise that he gets famous enough to meet musical powerhouse Ed Sheeran, playing himself, who offers the horrible and hilarious advice of changing the lyrics from “Hey Jude” to “Hey Dude”. Besides these big stars, Yesterday is also a great chance to see Lily James continue to make a name for herself here in America after starring in her fair share of British dramas (which of course means "Downton Abbey"). Newcomer Himesh Patel seems to have the singing chops to pull off some of the world’s most-beloved songs, and that’s an accomplishment in itself. Lastly, keep your eyes out for “two men who claim that the songs are theirs.” Hmmm… wonder who that could be.

This movie has everything that a great movie should: Beatles music, intrigue, comedy, moral qualms, and more Beatles music. The director is Danny Boyle, who is no stranger to complex stories involving pop-culture. Where previously it was “Who Wants to be a Millionaire” (in Slumdog Millionaire), now it’s “The Late Late Show with James Corden” that will be the stage for some of the action. Besides taking us on a fun ride, this trailer already has us thinking about something we probably would never have otherwise: would you take credit for the Beatles’ music if you could?

You can see what could become of your life if you said yes when this movie hits theaters on June 28!