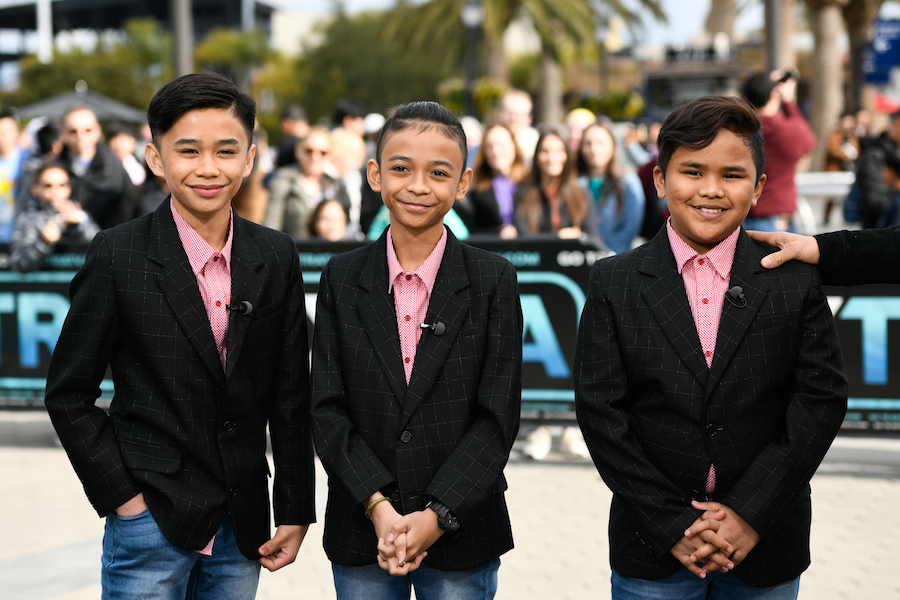 It is one thing to be a singer, but it’s another to be a performer. Not only does a performer have to woo the crowd with a great voice, but they also bring the moves and make their presence dominate on the stage. And that is exactly what the TNT Boys are all about.
I recently saw this adorable trio perform on "The Late Late Show with James Corden" and immediately fell in love. These guys are proof that age is nothing but a number, because the TNT Boys have just as much soul and passion in their voices as some seasoned pros! And I’m not the only one who was wowed by the young showstoppers. The "Late Late Show" performance already has over 4 million views on YouTube, and Ariana Grande even said how obsessed she was after she surprised the boys and sang along to “And I Am Telling You I'm Not Going” with them.
So, who are these talented cuties? The TNT Boys are a band from the Philippines and include Keifer Sanchez, 15, Mackie Empuerto, 14, and Francis Concepcion, 13. The 3 have taken their native country by storm, and this time, they’re coming for the rest of the world. This won’t be hard to do with their outstanding voices and the millions of eyes who are currently watching them compete on James Corden’s new talent show on CBS, "The World’s Best". The boys also appeared on "Little Big Shots" in the U.S., U.K., and Australia. One of the most incredible and moving performances that stunned audiences all over was when they sang "Listen" by Beyoncé.
I have even seen videos of the boys decked out in full hair and makeup to resemble the artist of whichever song they are singing… amazing! These guys have it all. The TNT Boys are the definition of the word "performer" and I am so excited to see what’s next for these young'uns and their sweet, angelic voices.
(Image via Noel Vasquez/Getty Images)
- Jordan Cioppa, YH Contributing Writer