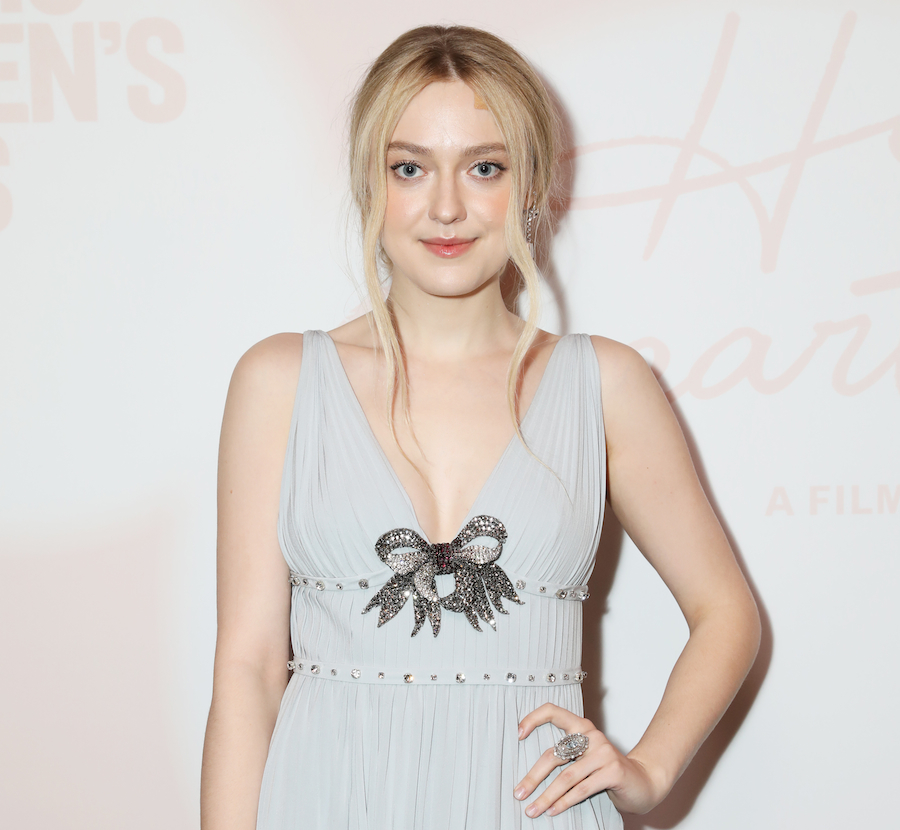 Though we are used to seeing Dakota Fanning as the star of films like Twilight and War of the Worlds, she is now switching roles by going behind the scenes as a director.

At 24 years old, Dakota just had her directorial debut on Monday (February 19) at London Fashion Week with a short film, "Hello Apartment". This film was done in a partnership with fashion house Miu Miu and their short film series, Women’s Tales. These stories are meant to celebrate girl power through different films. Dakota’s is the 15th to join this series.

Dakota’s film focuses on the story of Ava, played by Eve Hewson ("The Knick"), and her experiences in her new apartment. In just 11 minutes, the film focuses on Ava’s life in her new home, a boyfriend (Tom Sturridge), parties with friends, art, and of course... fashion!

Have you ever thought of what marks and memories you have in your own home? Well, the inspiration for "Hello Apartment" was from Dakota’s own apartment in New York City in which she has lived for seven years. Liz Hannah, co-writer of The Post, wrote the short- film through which she wanted to show the meaning what a certain space such as an apartment has in our lives.

With only a few words throughout the film, we are able to feel Ava’s life and experiences in her apartment. The soft and mellow music allows us to relax and immerse ourselves in Ava’s highs and lows. The film comes to a full-circle effect at the end, but you’ll have to watch it to find out what it is all about!

We can’t wait to see what other directorial opportunities come for Dakota in the future since we loved "Hello Apartment"! If you want to see her in front of the camera, she currently stars as feminist Sara Howard “The Alienist” on TNT. She also starred in Please Stand By, a comedy released last month, which she plays Wendy, a girl with autism who is seeking to turn in her script for a "Star Trek" writing competition.

Dakota will soon be part of the all-female squad of Ocean’s 8.