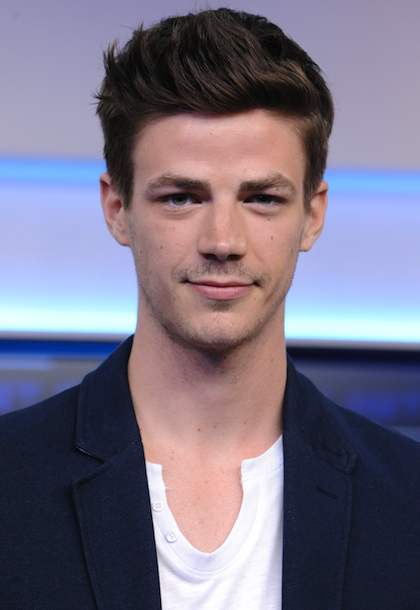 Whoa! Did you see that? No? It was going super fast!

Wait, here it is again!

Did you catch it that time?

The CW’s highly anticipated series, "The Flash", is coming this fall. As you saw from the teaser, it will be a spin-off of "Arrow", and a Mr. Stephen Amell will be playing a mentoring role in the beginning of the series.

In true DC form, Barry Allen, a geeky-yet-quirky crime scene investigator, finds himself in an electrical explosion during the unveiling of a particle accelerator created by physicist, Harrison Wells. Here he is struck by lightning and put into a coma for nine months. After he wakes up, he realizes that he has not only cheated death but may have picked up a quick little superpower in his sleep.

With some help, Barry must learn to control his newfound super-speed. However, he has also found that he is not the only “meta-human” and not everyone has been using his or her new abilities to good use.

As Barry continues to master his abilities and save the innocents of the city, details of his past surface, and his mother’s killer may show themselves again.

Check out the extended look at "The Flash":

Barry Allen is played by Grant Gustin from "Glee". Yes, from Glee. He played a bad boy Warbler for a time. Would you like to see this triple threat in action? I would. Let’s relive Grant’s "Glee" days:

This DC Comics revival has a big name to live up to, and with "Arrow" ushering in "The Flash" in true DC fashion, I’m sure the series will be awesome!