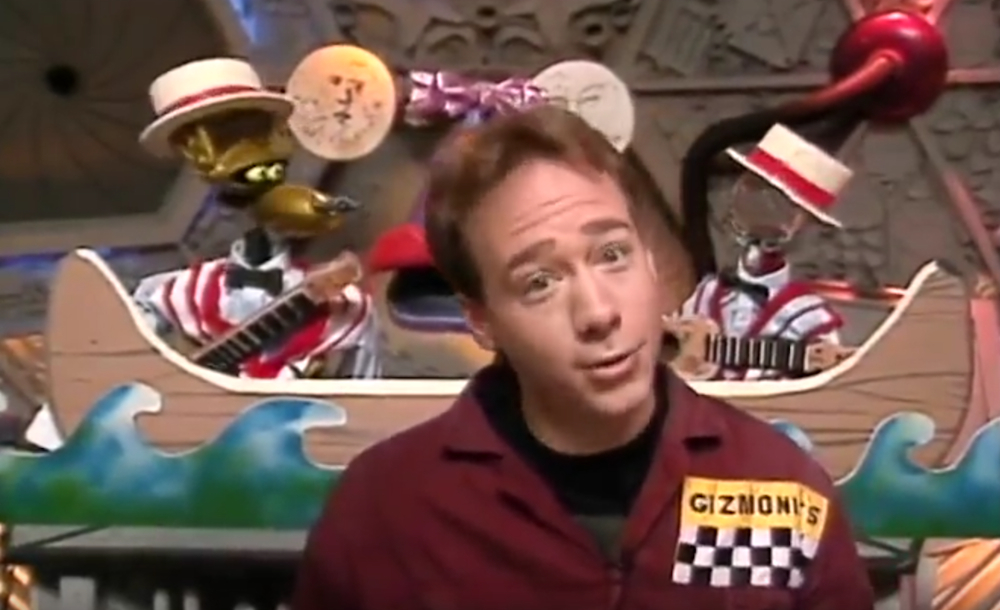 Attention, Earthlings – I have a very important transmission from the Satellite of Love: “Need Movie Sign, Send Help!”

Oh yes, MSTies, this is not a drill. Bright and early this morning, Joel Hodgson, the creator of pop culture phenomenon “Mystery Science Theater 3000”, launched a Kickstarter campaign to bring the show back!

For those unfamiliar with the show and its storied history, read this.

Caught up now? Good, moving on…

After 16 long years being off the air while continuing the MST tradition of movie riffing with Cinematic Titanic and Rifftrax, as well as revamping the annual Turkey Day Marathon, it seems that Joel is ready to bring his baby back into the world with a whole new cast! Yes, he will not be back in front of the camera himself and is looking for a new host, new mad scientists, and new voices for his trusty 'bots, Tom Servo and Crow.

Why is this so important? MST3k taps into a primal quality within us all – to yell at movies from our couches. Joel and his crew turned this into an art form, inspiring generations of movie-watchers to up their own riff game. We’ve all done it; MST3k not only made it okay but made it a genre in and of itself. Confession: I play old episodes of MST3k every night before I go to bed. Every. Night.

Of course, the be-jumpsuited elephant in the room is – who else is going to be involved with this reboot? Hodgson has stated that he hopes the Kickstarter itself will be enough to lure old castmates and writers into the fold, and that “the original cast is going to be invited back to write, produce, and do cameos…” As of this writing, though, Josh Weinstein (the first Servo), Mike Nelson (Joel’s replacement), Trace Beaulieu (the original Crow), and Bill Corbett (the second Crow) have all said that they are not involved in any way. Stay tuned to find out what others have to say, or if anyone changes their mind…

Hodgson has actually been talking about this for a while (5 years, by his estimation), so it’s great that he is finally pulling the trigger on it, and he’s going in full steam ahead, hoping to raise $2 million in order to produce 3 whole episodes and sell them to any broadcast platform (network or digital or otherwise) and parlay it into a full 12-episode season.

I have no doubt that Hodgson will get the monetary support he needs to make this happen. My only question is, will he get the technically and creative support? Will his old castmates step up to the plate and climb aboard? Or will Joel have to go it alone and scrounge up a completely new team to get the SOL back into orbit?

In the meantime, check out the Kickstarter and throw your 2 cents in the ring! (Or, you know, more than 2 cents, if you can spare it!) Joel will also be conducting a Reddit AMA today at 4pm ET, so be sure to tune in to that to have more of your questions answered!

- He has already cast the show! The new host, new Mads, and new 'bots will be revealed within the next few days. He also hinted that the new host actually appears in the video on the Kickstarter page!

- The new mad scientist will be the progeny of the original Mad, Dr. Clayton Forrester!

- The show will probably be shot in L.A. as Joel knows some crewpeople in town that he'd like to bring onboard the reboot.

- Joel hopes to keep that old-school, homemade look, using practical and in-camera effects as much as possible, just like the original show.