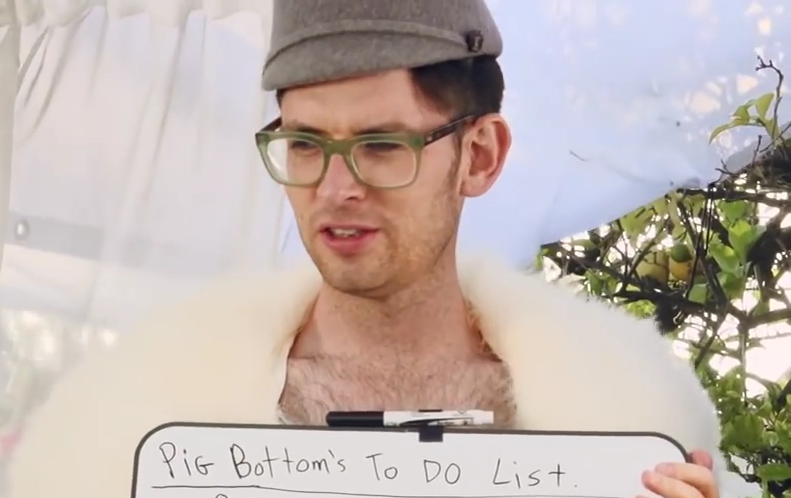 Comedy Central recently announced their new upcoming show "Problematic", though it sounds like anything but. Hosted by stand-up comic and fellow comedian Natasha Leggero’s main squeeze Moshe Kasher, "Problematic" should prove to be much more than your typical talk show.

We live in an age where the first thing many of us do in the morning is reach for our phones to shut off the alarm for 10 minutes, repeat, then log into the Internet on said phone for (hopefully) news, but usually just videos of cute animals being adorable. It’s constant that we’re logged into the matrix, but with that comes its own set of problems and frustrations. No, I’m not talking about the issues with having a screen in your face all the time; I’m talking about the inherent problems will all face with the Internet itself. I’m talking busted WiFi, downed servers, websites not accepting your go-to passwords so you have to make something super ridiculous and convoluted like ‘”@[email protected]!cks”.

All of the above Internet issues mentioned and more will be at the forefront in this talk show as Kasher invites people to get their faces off their screens and bring them (along with the rest of their body) to the studio to discuss these serious issues. On himself as a host, Kasher has said, “I see myself as the Phil Donahue of the Internet Age, except not as funny or dialed into Millennial culture.” From my perspective (a Millennial perspective), Donahue was kind of a precursor to Maury Povich and Oprah. He’s also an 80-year-old man today. But his show would dive into the dramatic and sad portions of people’s stories and then try to find something uplifting in there. It can be assumed that all of these Internet problems, like that picture of otters holding hands while sleeping not loading, will be handled very seriously on "Problematic".

Problematic will also be a weekly talk show, kind of like John Oliver’s “Last Week Tonight” on HBO, and Comedy Central’s only weekly talk show as both “The Daily Show” and (another Internet-based talk show) “@midnight” air multiple days a week. I can’t wait to see what "Problematic" will be like, because no matter how much I researched, there still isn’t any definitive word on what exactly the tone of the show will be. Being a fan of Kasher’s work, though, I’m pretty sure I’ll enjoy it and I hope you do as well. No set premiere date has been announced other than 2017, but since it recently got the greenlight, I think we can expect it to premiere more on the early side of 2017.

Not familiar with Kasher? Well, here’s an interview his girlfriend, Natasha Leggero, did from her hot tub with Sarah Silverman. It’s from her own Internet TV talk show called “Tubbin’ With Tash”. The couple gives a peek into their relationship as Leggero has made Kasher her slave and calls him "Pig Bottom". Enjoy but remember this is NFSW (“Not Safe for Work” for you Internet reader who aren’t up to snuff on Internet lingo).