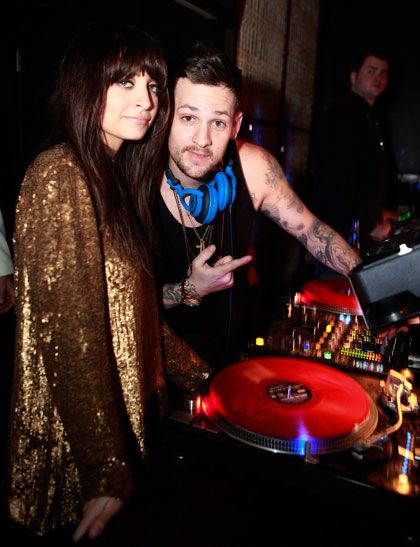 Despite all these years of intentionally avoiding Sin City on the most hyped night of the year, I finally caved and did the "New Years in Vegas." I started off New Year's eve at BOA Steakhouse, one of my favorite restaurants, and then rang in the new decade at Nicole Richie's party at LAVO in The Palazzo. Nicole rocked a hot gold backless dress and her new dark "Ëœdo. Her baby daddy, Joel Madden spun on the ones and two's, playing a good mix like he always does. I then took the crew over to Pure Nightclub at Caesar's Palace, where 50 Cent and Lloyd Banks took the stage.

The rest of the weekend was a blast as we met up with Ben Lyons and his crew, where we hit Tao and the opening of Vanity in the Hard Rock Hotel. Diddy gave an impromptu performance with Nelly, Rick Ross, Jadakiss, and Chester French.

Check out Diddy below on stage getting the party started!