CINEMA SECOND CHANCES: 'Keeping Up With The Joneses' 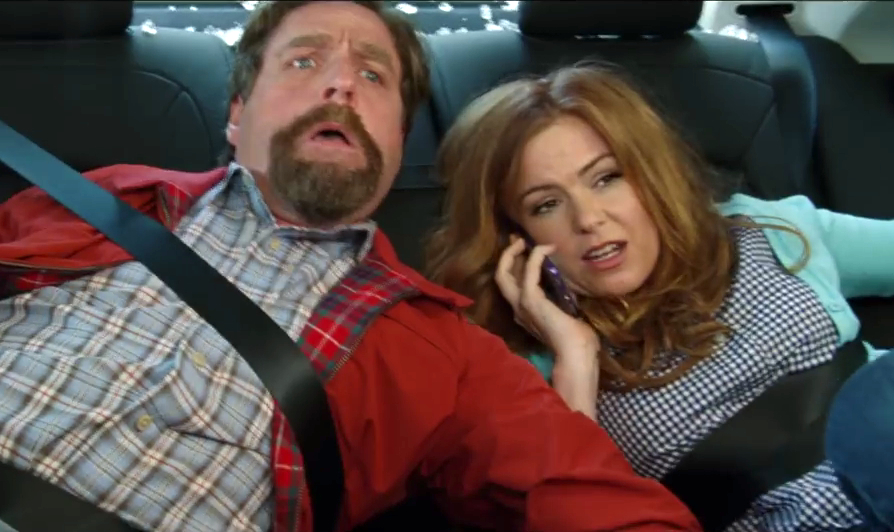 With an all-star cast and hilarious action-packed storyline, you would never guess that Keeping Up With The Joneseslanded itself a mere 19% on Rotten Tomatoes, but alas it’s true: critics had no love for this Zach Galifianakisflick. It’s feasible to imagine some would roll their eyes at the corny lines or the ridiculous physical comedy gags, but any Galifianakis project has only one purpose: to make you laugh. Don’t overthink it, guys!

Galifianakis and Isla Fisher play Jeff and Karen Gaffney, a suburban couple whose ordinary lives are uprooted when suspiciously posh neighbors move into their quiet cul-de-sac -- neighbors who happen to be government spies, Tim and Natalie Jones, played by possibly the hottest couple ever conceived, Jon Hamm andGal Gadot. The Gaffneys find themselves entangled in the Joneses top-secret espionage operation, and they are, in a word, unprepared.

This might not be your favorite comedic movie, and honestly probably not your favorite action movie either, but it holds up on a rainy day. There are quite a few "spit your coffee out" laughing moments, and sometimes you find yourself genuinely worried for these two kooky main characters' safety. They are extremely unqualified for spy work, and that’s where the Galifianakis humor we know and love comes out. Like when he manically yells into his secret microphone when the undercover operation becomes too much for him. We love fish-out-of-water narratives, whether in movies, TV shows, or even SNL sketches where one character is seriously confused by the world he or she is plopped into. This film is a classic example of ordinary people thrown into extraordinary circumstances.

The plot isn’t as predictable as you may have gathered from the trailers either; and it’s not as unfunny as the critics may try to convince you. The plot definitely holds your interest, which can’t always be said for some comedic movies that focus on joke-heavy content and gags rather than an engaging plot. To quell your biggest fear, no, not all the jokes were spoiled in the trailer!

Watch the film with an open mind and you might be surprised by your opinion. Plus, Jon Hamm and Zach Galifianakis are the hilarious comedy duo you didn’t even know you needed.