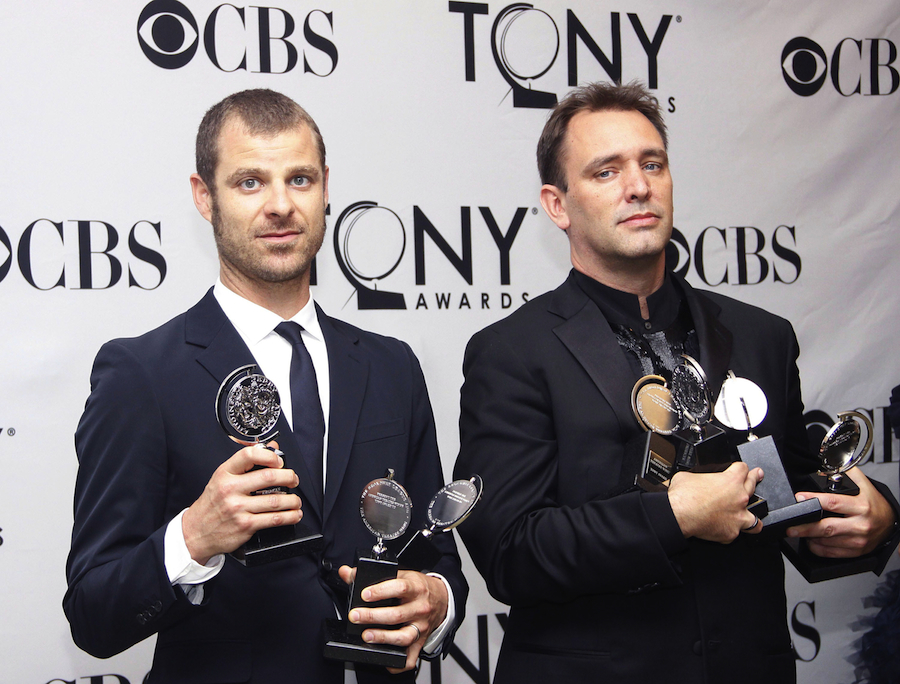 It only took me six years, but I finally did it. I finally got to see Book of Mornmon! Being a huge fan of “South Park” and Team America: World Police, it was only a matter of time before I could finally get to a theatre and see this musical. What was keeping me away, however, was the price of a musical ticket and the fact that I always thought I didn’t like musicals... until I realized that South Park: Bigger, Longer and Uncut and Team America are both musicals, and were both written by Trey Parker and Matt Stone, so why not give their Tony Award-winning Broadway musical, Book of Mormon, a shot? To say that I loved it is an understatement, but it brought to my attention something I all but forgot about: “South Park” co-creator Trey Parker’s first movie, Cannibal: The Musical.

The movie follows the story of real-life convicted cannibal Alfred Packer, who was arrested and tried for allegedly eating all five members of his mining expedition team in 1874. They were leaving from Provo, Utah, for Breckenridge, Colorado, in search of gold. To the day he died, Packer stood by his story that he did eat parts of one of the team members but that the rest of his crew turned on each other and murdered each other for sustenance. He claims to never have partaken in any of the killing or eating as much people as the courts said he did. Sounds like the perfect vehicle for a bouncy musical, no? Being obsessed with Alfred Packer throughout all of college, Trey Parker learned all the details of the story and even obtained transcripts of each of Packer’s trials so that he could write the musical following Packer’s side of the tale, but with all the miners and other people they encounter singing musical tunes in the style of a Rodgers and Hammerstein musical.

While Cannibal: The Musical isn’t Parker at his best, it’s a good thing to watch to see how his style has always been pretty consistent, and evolved into the brilliance that it is today. His “South Park” co-creator Matt Stone also appears in the film as one of the members of Packer’s mining crew. Along with Stone comes consistencies that would appear in the pair's later career, such as Mormonism being a part of the story (hinting at what seems like a lifelong obsession), music (duh), aliens appearing in the background of various scenes (they’re supposedly hiding in every episode of “South Park”), voices that would later be used in “South Park”, and, of course, their dark, subversive brand of humor. I mean, the movie is a light musical that follows the story of multiple people murdering and eating each other.

Cannibal: The Musical starts off with a gory, over-the-top scene which seals this movie's R rating. There’s not a whole lot else in here that’ll really put this over into R territory. At times it feels more like a soft PG-13 movie with a lot of weird, funny things going on, like a Monty Python movie. But what really makes it good, in my opinion, is seeing how Parker has always been able to take an existing story or piece of history, digest it, and give it to us in a way that many people wouldn’t think to do. Book of Mormon, for example, informs the audience quite a bit about the Mormon faith and their history, makes fun of it all, turns it into a musical, and on the surface would seem like it would bother a lot of people but is in actuality promoted favorably by the Mormon church. While I maintain that Cannibal: The Musical isn't Parker’s best project, it is certainly fun and I can see how it has developed a cult following over time. You can count me as a fan!

If you’re interested in checking this movie out, then below is a free and legally uploaded copy of the film on YouTube from the distribution company Troma Movies (but be warned of that opening scene I mentioned above):

If you enjoyed watching the movie, then here’s something else you should check out. Parker and Stone did a drunken commentary of the movie with the rest of cast. In it they give out some of the funny background details that would otherwise most likely go unnoticed, as well as the making and funding of the movie. The best parts, however, are when Parker goes off on tangents about his ex-fiancé that he dated and proposed to in college named Liane. As Parker tells the story, you find out that Liane cheated on him, and for Cannibal: The Musical, Parker added in a storyline of Alfred Packer losing and searching for his horse named Liane, who is said to be given everyone throughout the movie a ride. I don’t want to give any of the funny details so you might as well take a listen for yourself!