CINEMA IN YOUR CITY: Boston, Massachusetts 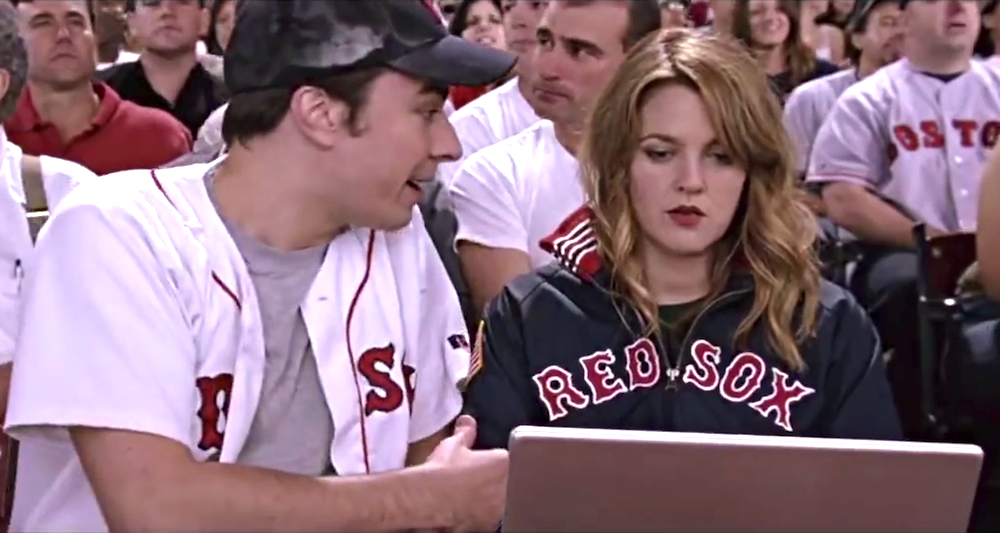 Let me set a scene for you – you’re lying in bed, enjoying some popcorn and anticipating the opening of the movie you’ve just rented, when suddenly you recognize the location displayed on your television or computer screen, and you get a little confused about where you are at that exact moment. You’re seeing your city… your neighborhood… your favorite coffee shop!!!

This, my Young Hollywood readers, is the first part of a series focusing on the great films out there that best capture a certain city or town. There is nothing quite as satisfying as seeing mega-movie stars walk along the same streets you grew up treading yourself; they’re on YOUR turf, and it gives you a sense of pride and entitlement.

To kick off this series, this week I’m going to take a look at some of my favorite films that have been shot and subsequently taken place in own beloved hometown of Boston, Massachusetts!

The Town is the reason I am writing this article today. I recently watched the film for the first time (I know, I’m really behind) and was floored to see Ben Affleck working his Boston accent. Most people hate the Boston accent, myself (maybe) included, but Ben pulls it off well. The story, while horrifying and violent (and actually made me shed a couple of tears), is cinematically incredible. Affleck not only stars in this critically-acclaimed film, but the native Bostonian also wrote and directed it himself. Following the tragic story of Doug MacRay, a notorious member of a group of armed robbers from Charleston (a subset of Boston), The Town shows the brutal lengths people will go to in order to protect one another, and how family doesn’t always mean you share the same blood. The four robbers, always wearing an elaborate disguise to protect their identities, escalate to a level of crime that causes them to make life-threatening mistakes, sending the FBI into a city-wide manhunt for the criminals. The movie is full of scary and twisted revelations, and while you want to hate Ben Affleck’s character by the end of the movie, it’s pretty impossible to do so. The movie also stars Jeremy Renner, Rebecca Hall, and Jon Hamm… with a special appearance by Blake Lively! Definitely a must-see film. If you haven’t seen it (but you probably have), go watch it right now.

Okay, now something a little more cheery and uplifting. Fever Pitch is an absolute classic rom-com and one of the first PG-13 movies I was allowed to see, so it will always hold a special place in my heart. I guarantee most of you haven’t seen it, and for that, I am sorry. Jimmy Fallon is my favorite comedian, and seeing the host of "The Tonight Show" play a crazed Red Sox fan that falls in love with Drew Barrymore is literally the best thing that could ever happen in a movie. Fallon plays Ben, a single guy who is a life-long Boston Red Sox fan -- literally, his entire life revolves around the Red Sox. Leading up to the Red Sox’s actual World Series win in 2004, we see Ben meet Lindsey (played by Barrymore) during the off-season. They are enamored with one another, but Lindsey quickly learns about her boyfriend’s obsession with a whole team of athletic men, a wildly disconcerting revelation. The comedic film shows the trials and tribulations that the couple endures, and that, with a little passion and faith, things will work out for not only Lindsey and Ben, but also the Boston Red Sox. I know most people hate Boston sports (sorry I’m not sorry), but this is a feel-good movie that will not disappoint. You are literally rooting for Ben and Lindsey, as well as the Sox. The excitement of the season is accurately documented, and you get to witness real, raw emotions of Boston fans as they make cameos in the movie (in the original script, the Sox were supposed to lose, like they have been for decades... but then during filming, they actually WON!). Jimmy and Drew have incredible chemistry, and everything in the film just screams the true essence of a Bostonian: a passionate (though sometimes perhaps a little overly aggressive) and loving person.

Three names, then you’ll understand why this film makes the list: DiCaprio, Wahlberg, Damon. These three studs all star in this mega-blockbuster that, similar to The Town, focuses on crime in the city of Boston. I swear, guys, Boston is not as scary or unsafe as these movies make it out to look. This movie, directed by the legendary Martin Scorsese, tells a story of deception and betrayal, as the plotline surrounds a mole for the mob, Colin (played by Matt Damon), and an undercover cop, Billy (played by Leonardo DiCaprio). The film is actually a remake of a movie made in Hong Kong, Internal Affairs. The criminals in this film are the Irish Mob, lead by Frank Costello, who is perfectly portrayed by Jack Nicholson, and is said to incorporate some of the characteristics of the well-known criminal, Whitey Bulger. Both men enter a world of unfamiliarity: a cop sees the life and heart of criminals, while a criminal sees the dedication and ethics of the police force. Their true identities are jeopardized through mistakes made, but the friendships Colin and Billy forge might blur where their real alliances lie. The endgame for these two men is to expose the other "rat" before the other, so a search to learn of the other man's true indentity begins. Knowing that Mark Walhberg is involved in this movie, representing some real Boston-bred cred, should be reason enough to believe that this is legit. Whether you like Boston flicks or not, this is a cinematic treasure that needs to be watched.

So there you have it. "Paahk the caah in Havaad yaad" should not be the only thing you associate with the city of Boston!

Make sure you come back soon as this series continues with one of my other favorite cities, Los Angeles!