Australian Chef Zen Ong has honed his culinary skills in some of the finest restaurants in the world, including Bentley Restaurant and Bar in Australia and internships at wd~50 in New York and Coi in San Francisco, and was instrumental in bringing Indonesian fine dining to the States with his successful INDA pop-up dinners in an effort to connect to his Southeast Asian heritage, as well as showing foodies that Indonesian cuisine is more than just “cheap street food”. Now he’s aiming his talents and skills toward one of the most classic sweet treats – ice cream!

Awan, which translates to “cloud” in Bahasa Indonesia, is Ong’s special brand of ice cream that actually skips the cream part in favor of a combo of Indonesian coconut water and coconut cream, creating a non-dairy frozen dessert that’s heavy on flavor and smooth and airy in texture (hence the appropriate name!).

It was right here in Los Angeles, at Asian hot spot E.P. and L.P., where Ong worked as the head pastry chef determined to give diners a more unique dessert experience than just your average, “trendy” offerings you can find in literally any other fine dining restaurant. Working and experimenting with less traditional ingredients, Ong made a big enough name for himself that he eventually became head chef and earned the clout needed for his INDA pop-ups to really take off. 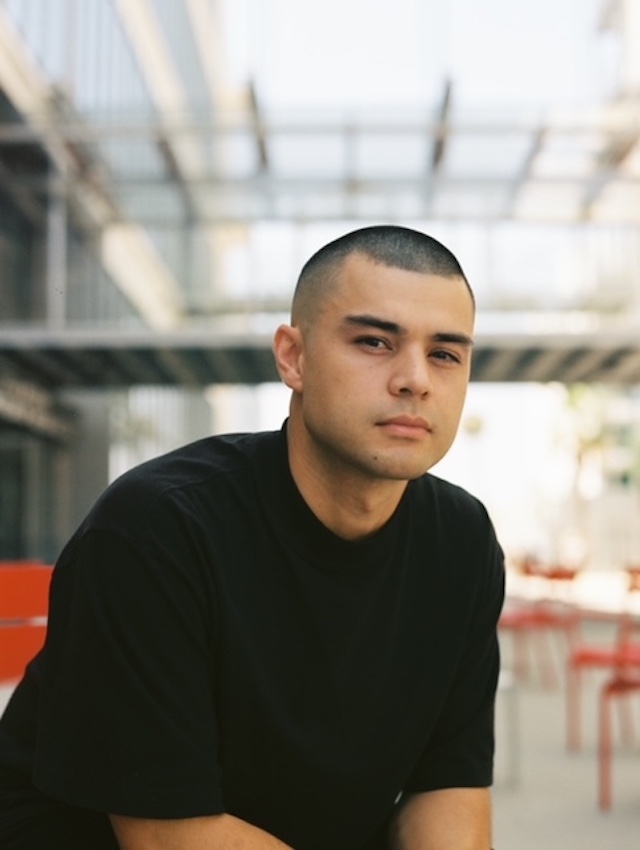 Ong had been ready to open his first brick and mortar restaurant in 2020 when COVID hit and changed his plans completely, leading to his sweet new endeavor. “2020 was a real test of creativity as it was the first time in my career where a traditional restaurant model/service was no longer needed,” Ong explains, “I had always dreamt of opening up a restaurant first with the goal of earning a Michelin Star (no Indonesian restaurant has ever achieved this goal), creating brand integrity, and then releasing products connected to that brand, such as marinates and spice mixes, and one of them was Awan.”

And it didn’t take long for Awan to become a huge underground success in L.A. Locals can experience Ong’s unique concoction – which includes a specially imported Balinese vanilla – by visiting a walk-up window in West Hollywood every Monday through Friday from 3pm to 10pm, and Saturdays and Sundays from Noon to 10pm. The original vanilla bean flavor is always at hand, but Ong also churns out new flavors featuring locally-sourced, market-fresh ingredients. And for those who can’t make it to WeHo, they have started local and nationwide shipping orders too. Stock is limited, though, so get it while you can!

So what’s next for Awan? Ong, along with his business partner Tohm Ifergan (who owns the coffee shop Dayglow in WeHo, Silver Lake, and now Chicago), hopes to expand their little walk-up to include more items on the menu, including more daily toppings, magic shells, cones and handhelds, and beverages like tea and coffee in an effort to “offer a well-rounded experience for people to catch up with friends and hang out.”

For Ong personally, he hopes the success of this business leads to his ultimate goal of making Indonesian food a more respected cuisine among his colleagues. “The through-line message with all of this for me is to show the public that Southeast Asian food, specifically Indonesian food, can be considered a luxury food,” he says, “I’m hoping that, with every project and food item I work on, it will inspire the next generation of Indonesian chefs to want to do the same and explore their rich food culture and pass that on to the next.”