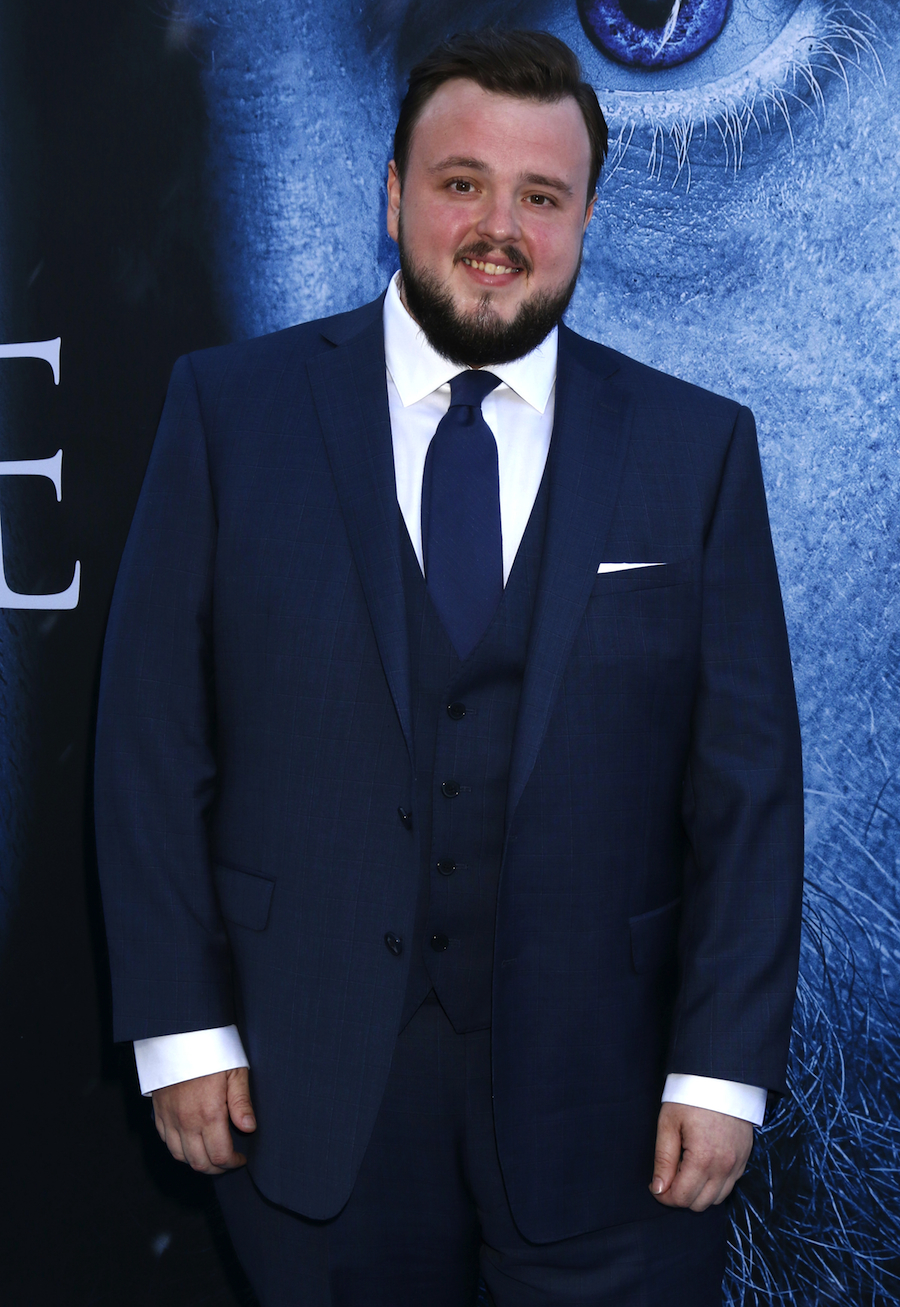 Actor John Bradley is probably best known for his role as the endearing Samwell Tarly on HBO's "Game of Thrones", but now he is moving to the big screen in the new film, American Satan, an updated take on the classic Faustian legend of man-selling-his-soul-to-the-Devil. The film follows a band who, after moving to the Sunset Strip, meets a mysterious stranger who promises them fame and fortune -- all in exchange for their their everlasting souls. American Satan arrives in theaters on the spookiest day of the year, Friday the 13th!

Bradley filled me in on the morals of the film, why you won’t see him drumming in any upcoming films, and his favorite football team!

YH: Tell us a bit about American Satan.

JB: It’s basically an exciting, innovative new take on an old tale. It’s an update on the age-old Faustian legend, which has received so much theatrical and cinematic treatments over the years that people are looking for new and exciting ways to approach that. This is a brand new one; it’s about a new band, half from England and half from the United States, who decide to get together, start a band, start playing, start recording, and then they have an offer made to them from darker forces. From the on, it’s the classic Faustian struggle of morality and greed. Everybody knows the Faustian legend of a man who is struggling, who is offered a deal by Satan, "if you give me your soul I will make you a success and give you all that you have ever dreamed of." Since people know that story so well, the story kind of just plays itself out. It’s very accessible to many. Due to that, I think it’s a very exciting idea. I think it will appeal to young people.

YH: So, it’s a bit like “The Devil and Tom Walker”, which is a short story that takes on the Faustian legend?

JB: Yes, it’s exactly like that. As a story, it’s so psychologically deep and so human in a way, since it is about dreams and what people sacrifice to get what they want. It also focuses on how people can be selfish and greedy, and how, when they want this immediate gratification, they lose any kind of perspective of the bigger picture. The Faustian legend is never meant to be taken literally. It’s not about an actual interaction with the devil. No one is going to come away from American Satan and say, "the legend I learned from that is that I shouldn’t make any deals with the Devil." It’s not about that. The moral of the story is about how greed, and your desire for success, will overtake your moral compass. That’s what this movie is about, and what every Faustian legend is about. It’s not to be taken literally; it’s a moral tale about keeping your heart in the right place and not letting material success be the end-all.

YH: You are a trained drummer in real life. Do you play drums in the film?

JB: I don’t actually play drums in the movie. It’s quite interesting, actually. I didn’t tell anybody in the movie that I played drums. They only first knew that when I posted an old clip on Instagram of me playing the drums. The reason why I have decided to not tell anyone about my drums is that I wanted to keep something about my own life private. I didn’t want it to be a part of this movie. I didn’t want it to become a part of my job. I don’t want to play drums as a part of my job. I want to play drums because I like playing drums. As soon as the pressure is on, and as soon as you have to do it as a part of your professional life, something about the spark goes. I’ve actually never played in a band. I’ve jammed with friends, but I play the drums as a solitary exercise that I don’t really want to share with people. I want it to remain something private that I enjoy.

YH: Normally you shoot your roles in Europe, specifically Ireland. However, this film was shot in L.A. How was it shooting in L.A. versus Ireland?

JB: This is the first time I’ve ever shot a movie in America. I’ve only ever shot primarily in Europe. I was wondering how it was going to be different, whether there would be practices I wasn’t familiar with or would it be a slightly different way of working I wasn’t used to. But I did find that, as soon as you get in front of the camera, and as soon as you become familiar with the jobs everyone does and the atmosphere on set, it doesn’t really matter where you are. It’s all about people who do their job and do their job well, coming together, trying to make a good movie.

The one thing about filming in L.A. is that it does seem more glamorous. It just feels right. It feels like you’re in the place where movies should be made. This is where movies have been made since the 1920s and '30s. For the first time I experienced the joy of making a movie where movies are made. You don’t have to be on a big studio backlot to really get a sense of it. You’ll still get the feel, because you are making an American movie on the streets of Los Angeles. We filmed out and about, we filmed in front of these very iconic backdrops, such as the Whisky A Go Go. You then feel like a proper film actor.

YH: Any sneak peeks on what will happen in the final season of “GoT”?

YH: I must ask, since you are from Manchester, are you a Manchester United fan?

JB: I’m a huge Man U fan! I’m the biggest Man U fan that you could imagine. I am sitting in my apartment in Manchester right now, and I adore it because of how close it is to the stadium. That’s how big of a fan I am. Man U has been a huge part of my life for as long as I can remember. I got to meet the whole team! I met them when I was out in Los Angeles earlier this year. It’s funny, you can be in film and TV for a while and work with your cinematic heroes and you are kind of in awe of them, but you both know your actors who are doing the same job. But when I meet footballers, it’s literally like they’ve walked out of my dream. I never thought I would get to meet the entire Man U team but I did this year! It was a memorable moment. They were my heroes!

You can keep up with Bradley on Twitter, and don't forget to check out American Satan starting Friday, October 13!