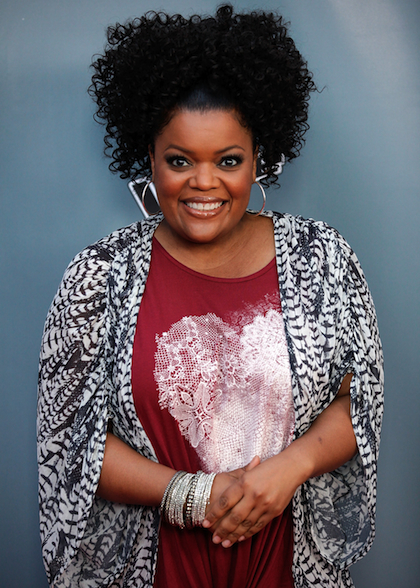 Yvette Nicole Brown is probably best known for her role on the NBC comedy "Community" as Shirley Bennett, but her ability to perform extends beyond the walls of Greendale Community College.

Yvette has played roles on several television shows such as "The War At Home", "Malcolm in the Middle", "That's So Raven", and the U.S. version of "The Office". She also had a recurring role as movie theater manager Helen Dubois in the Nickelodeon TV show "Drake & Josh" and has reprised the role in the Season 2 episode of "Victorious" entitled "Helen Back Again".

Recently she appeared in the film Percy Jackson: Sea of Monsters and is currently lending her voice to "Cookie" on the hit animated series “Pound Puppies”. We had the chance to catch up with Yvette and talkPercy Jackson, "Pound Puppies", "Community", and more.

YH: You are known mostly for your role as Shirley on the hit show ‘Community”, but you also do the voice of Cookie in the animated series “Pound Puppies”.  How did you get involved with “Pound Puppies”?

YNB: It was a basic audition process. It was actually easier than when I audition for television. I was blessed to be chosen after two auditions.

YH: Tell us more about your character Cookie. How did you decide “Okay, this is the voice I’m going to use”?

YNB: Cookie is a sassy but sweet Boxer. She’s the 2nd-in-command in the Pound Puppies. She's the mother hen. The decision to use deeper voice was easier because she is the enforcer. I found the lower register of my voice and had at it!

YH: Do you prefer voice acting over on-screen acting?

YNB: I enjoy voice acting a lot because I don’t have to do hair and make-up. But nothing can replace the fun of being on a set.

YH: Talking about “Community”, what is it like working with such a dynamic cast, from Chevy Chase to Ken Jeong?

YNB: It’s been an amazing ride for going on 5 years with that wonderful cast of actors. Everyone is so uniquely talented. It’s like a master class in acting. Aside from their talent, they are really cool people. It’s an embarrassment of riches.

YH: How would you like to see your character develop on the show?

YH: You all seem very close, as if you are a real study group. What is the dynamic like off-set?

YNB: If you watch the blooper reels on the DVD, you have a good idea of what we are like when we play around on set. It’s always a lot of fun and a lot of craziness! They are my family.

YH: Recently, you played one of the Gray Sisters in the new feature film Percy Jackson: Sea of Monsters. How much fun was that?

YNB: It was so much fun! It was great to work with Mary Birdsong and Missi Pyle, and to spend time with Logan Lerman and other cast members. We were stuck in a cab for many hours and it was so much fun! But it was a lot of long hours in the make-up chair.

YH: When selecting/auditioning for roles, do you have a preference in the types of characters/genre?

YNB: I like comedies. I would like to try my hand at drama. I try to chose characters that are striving to be better in some way. That’s the one thing that’s consistent in the roles I take.

YH: From what I gather, you like to sing. Is singing a passion/hobby? Or is this something you wish to pursue beyond acting?

YNB: I actually started out as a singer. I had a record deal when I was 18 with Motown. It’s what I thought I would be doing as a career, but then acting happened. And I enjoyed that so much that I’ve decided to pursue it. I still sing when a role requires it, and music is still my first love.

YH: Last but not least, any upcoming projects you wish to share with us?

YNB: Right now, I’m just 100% focused on the 13 episodes of “Community”. Once we finish this season, I’ll plan my next adventure. 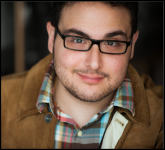 Felix Kay is a screenwriter and producer who enjoys talking about anything ‘Hollywood’ or industry-related. He can be found on Twitter@TheFelixKay or Facebook.