Charlie Puth Kicks Off 'Voicenotes' Tour with Hailee Steinfeld on Board! 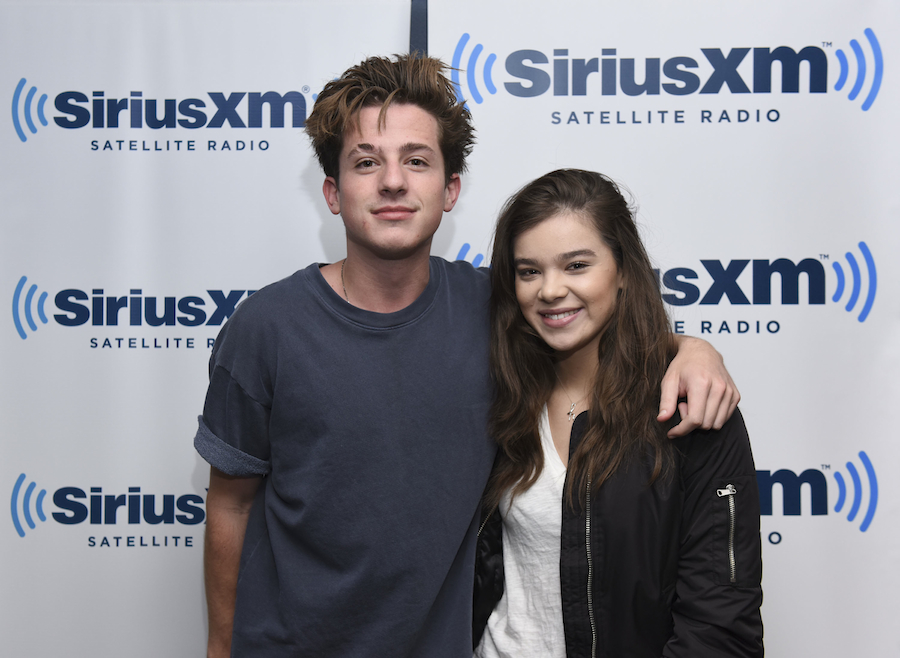 There is something deeply satisfying about a musician who sounds just as incredible performing live as they do on their digitally produced and enhanced studio tracks. It’s those artists, who have not conformed to the music expectations of this generation -- i.e., filling all their songs with booming beat drops, autotune overlays, or breathy spoken word verses -- that are to be cherished and recognized.

Charlie Puth is one of those artists. And his tour starts tonight. He’ll be performing his second studio album, Voicenotes (his third album if you count his EP), alongside Hailee Steinfeld, another artist whose songs, while very “pop” and manufactured for the radio, are performed superbly live.

While Steinfeld has been on the road most recently with Katy Perry (she was the opening act on the U.K. leg of Perry’s Witness tour), it’s been a minute since we last saw Puth slaying the main stage. Charlie joined Shawn Mendes on his Illuminate tour nearly a year ago, but his new music wasn’t out yet.

It’s no secret that, in the past, Charlie has pushed back the release of his music, a testament to the fact he wants to serve the greatest content to his fans. If you look at the track list off of his album Voicenotes, it seems like the New Jersey native is acknowledging his fans and their steadfast appreciation. While track #4 "How Long" is about a relationship plagued by cheating, and track #2 "Attention" is about a non-genuine display of affection in hopes to gain “recognition” or “fame”, I interpret the titles as ones with dual meanings.

Fans, myself included, have agonized over "How Long" it will be until Charlie reveals "this single" or "that album cover". And yes, Charlie, you’ve got our "Attention" with this 33-show North American tour. (There will be 10 shows throughout Asia.) We’ve been "Patient" (track #6), and "Through It All" (track #13), we’ve been loyal to you.

And while Charlie will certainly be performing his new stuff, it will be interesting to see what Ms. Steinfeld has in store for her fans. Not unlike Charlie, Hailee has explicitly said she is working on new music and appreciates how invested her fans have been as she continues working on it. That being said, MNEK’s newest song "Colour", which Steinfeld is featured on, will most likely make her set list.

The duo share some pretty high profile friends -- Shawn Mendes, Niall Horan, Julia Michaels, to name a few. Here’s hoping that a few of those lovely faces pop up on the stage as surprises guests.

If you follow either superstar on social media, you will know both Charlie and Hailee have touched down in Toronto, where they are set to kick off what is surely going to be a fabulous evening of music. How appropriate that the name of this tour is titled Voicenotes; In addition to being the title of Charlie’s album, it’s a perfect ode to two performers who can really hit those notes. We aren’t getting anything but the real, authentic sound of their voices.

For more info on tickets and tour dates, click here!