Charlie Puth Creates a New Album Right Before Our Eyes Thanks to Social Media! 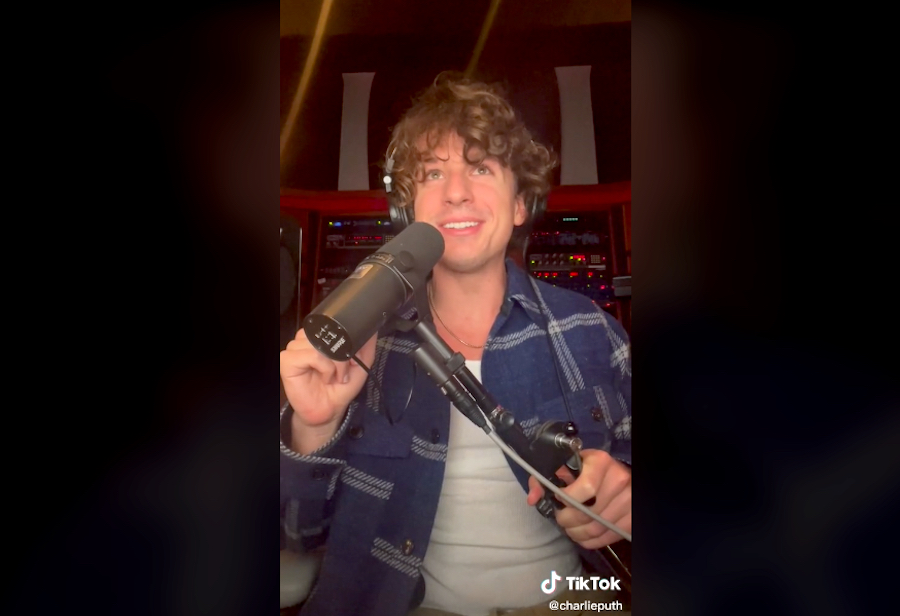 It’s no secret that TikTok has changed the dynamic of the music industry for good; newcomers and well-established singers alike are turning to the app to share their music-making process with the world, and it’s proven to be a very effective marketing method! We’ve discovered and rediscovered countless amazing artists, but if we had to name a favorite, Charlie Puth would be crowned king. Although we’ve loved Charlie for close to a decade now, our appreciation for him only grows after getting personal glimpses into his songwriting process through social media.

On July 7th, Charlie turned to Instagram to announce the release date for his newest album CHARLIE, dropping on October 7. In his caption, he notes that “this album was born on the internet” and explains how involving his fans in his music-making process has helped him to grow as a person and songwriter. Sneak peeks into Charlie’s music AND credit for helping him improve as a musician? We love this arrangement!

Charlie has been posting regularly on TikTok since early 2020, participating in trends, informing us of the exact notes of random noises from a microwave beep to a cicada chirp, and, of course, sharing original music here and there. By September 16 of 2021, Charlie took his TikToking to the next level when he shared the beginnings of what would soon become the hit single “Light Switch''. We can see the shock, excitement, and anticipation in his eyes as he realizes that this tune might just turn into an absolute banger:

After that, Charlie was full-on in the zone. One day later, he posted a video of himself adding some more instrumentals to the track. Throughout the end of September and into October, he was mixing, writing, making some serious executive decisions, and possibly ever-so-slightly losing his mind. In this video, Charlie was slowly but steadily making some progress on the bridge when a little nagging from his record label served as a source of inspiration:

When it comes to inspiration, Charlie searches high and low, far and wide, left and right. Speaking of which, that brings us to the next hit song that Charlie brought to us through the almighty powers of TikTok: “Left and Right”, released just last month on June 24 featuring BTS’s Jung Kook. Our perfect pitch TikTok King Charlie pulled out all the stops with this one. Just when we thought it couldn’t get more creative than basing an entire song on a literal light switch, Charlie took a leap from unique sound effects to innovative audio distortions. On February 25, he posted the beginnings of “Left and Right”, a song in which Charlie’s voice travels from one side of the listener's ear to the other:

I think I’ll call this one Left and Right?

By June 9, Charlie was still hard at work when, per usual, he got a call checking in on his progress that ended up giving him just what he needed to put the finishing touches on the song:

You know how people say something comes so naturally to them that they could do it in their sleep? Well, for Charlie Puth, that’s more than just a saying. On July 12, shortly after the song was officially released, Charlie revealed that the melody of “Left and Right” came to him in a dream. He rushed to his voice memos, as one does, to record it:

@charlieputh I am an audio dork. So you can imagine how excited my nerdy self was when @Bose asked me to partner with them! #boseambassador♬ original sound - Charlie Puth

“Light Switch” and “Left and Right” aren’t the only singles that Charlie has gifted us recently. In April, he released “That’s Hilarious”, a heartfelt break-up song about an extremely difficult time in his life. Grab some tissues and check it out below:

Watching Charlie create his new album has been a wild ride, but we loved every second of it. Keep an eye out for more Charlie Puth TikToks in the future and mark your calendar for October 7, because CHARLIE will be here before you know it!