Channing Tatum as Gambit: Tips for Playing a Cajun! 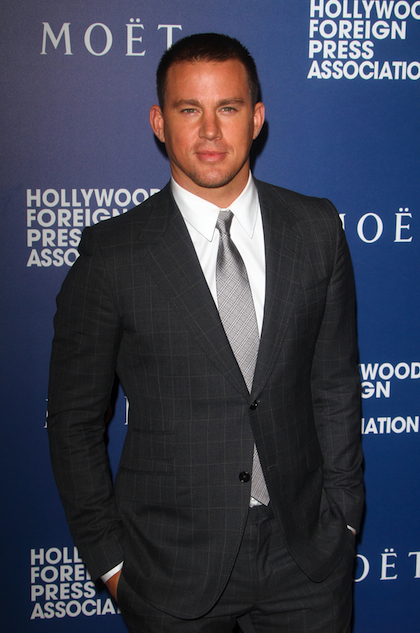 Felicitations to Channing Tatum, who was recently cast as Gambit in the upcoming X-Men spin-off. The film, to be released in October 2016, will focus on Gambit, a Cajun hailing from the Big Easy, AKA New Orleans. His average-Joe alter ego, Remy Etienne LeBeau (if that’s not Cajun, I don’t know what it is), is a professional chef and gambler who has the ability to charge things with kinetic energy and turn anything into an explosive. His weapon of choice is playing cards (because he likes to gamble...hence the name...you get it). The new film will be written by Robocop scribe Josh Zetumer, with assistance from long-time Marvel writer Chris Claremont.

Since I am part-Cajun, I’m quite curious to see how Tatum takes on the role. Cajuns, for those of you who don’t know, hail from Louisiana and their heritage can be traced back to the French. Cajuns are constantly eating (every picture of my family is us around a table, eating), and we’re good cooks too! Some of the most popular Cajun dishes include gumbo, jambalaya, and crawfish. In order to become Cajun (Tatum asked how to say "October 7, 2016" in Cajun on Twitter), he’s going to have to learn how. And I have some nifty tips that will help him on his journey:

Cajun is not actually a language: Not officially anyway. Most Cajuns actually speak French, though it may not sound like traditional French. Creole French has a bit of a different flavor to it, so if you want to learn some Cajun phrases, just brush up on your French! (So, to answer Tatum’s question, it would be le sept Octobre, deux mille seize)

Learn to Cook: We Cajuns love our food. My uncle had me in the kitchen ever since I was little whipping up jambalaya. We particularly love spicy food -- I once won a Tobasco sauce chug-off -- and we put hot sauce on everything (when in doubt, just put some hot sauce on it), so Tatum needs to learn how to cook a few key dishes and learn how to handle gumbo with a kick to it!

Learn how to eat a Crawfish: One Cajun delicacy is crawfish, and there’s a special way to eat it.

Step One: Boil it.

Step Two: Spread out lots of newspaper on the kitchen table.

Step Three: Dump the crawfish out on the table and seize the biggest one you can find.

Step Four: Grab the head with one hand and the tail with the other.

Step Five: Suck the meat out of the head. From there, you eat the rest of the crawfish, but the best part is in the head; if there isn’t at least one scene of Gambit sucking the head of a crawfish, I will be disappointed.

Go Fishing: As a Cajun, it’s important to know how to catch a fish; how else are we gonna fry it and eat it? The best place to go is out on the bayou. So, I advise Tatum to grab a six-pack, find a boat, and head out to the bayous of southern Louisiana. Hopefully he will have a better chance at catching fish then I do... mine always swim away (sigh).

Master the Cajun accent: The Cajun accent is a distinct one. It’s not quite a southern accent, nor is it a French accent; it’s a bit of a combination of the two. One trick is to remember that most words that end in “r” end in “ah”. For instance, a “car” would become a “cah”. There isn’t an exact way to master it, so while Tatum is down on the bayou, he should hang out with some Cajuns.

Celebrate Mardi Gras! New Orleans is home to Mardi Gras, a full-blown celebration that takes place on the Tuesday before Lent (usually in February). Mardi Gras celebrations have kicked off in New Orleans, and will continue for at least the next month. Now is the perfect time for Tatum to enjoy the celebration!

Are you excited to see Channing Tatum as Gambit?