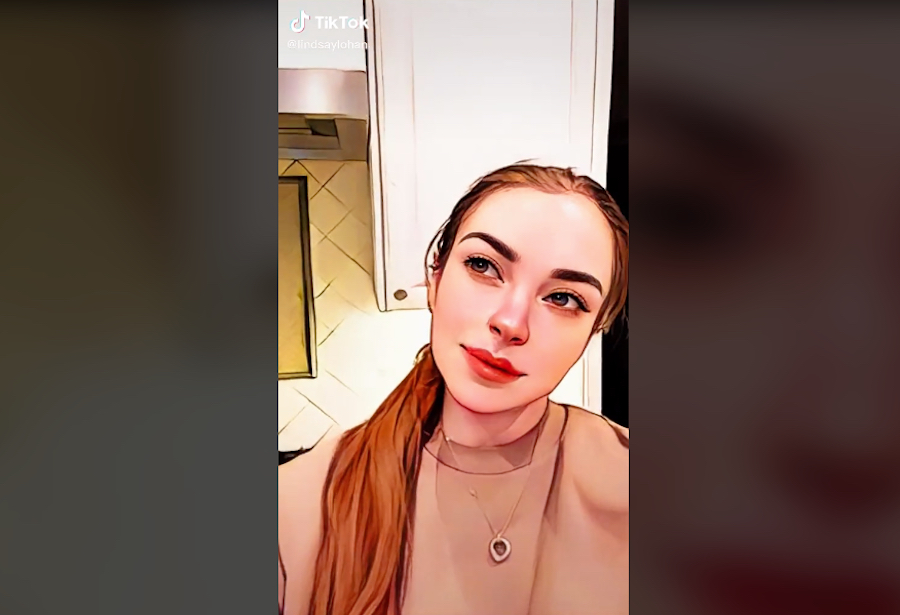 If you skipped over the videos while browsing through your For You page, allow us to fill you in on anything you may have missed. TikTok users have begun posting images of themselves as teenagers alongside a sped-up rendition of the hit 2000 song "Teenage Dirtbag" by Wheatus. More than 623,000 videos have already used the music on social media, and plenty of celebs are getting in on the fun.

Let's take a closer look at some celebs who killed the challenge!

Within the context of her music video, the singer of "Dirrty" refers to herself as "an OG 'Teenage Dirtbag'". She started by introducing the video in her most glamorous look; then, she went through a few edgier photographs from her Stripped era from the early-2000s.

The iconic Madonna referred to herself as "the ORIGINAL" and posted several images from her early career. She captioned the video with the phrase "you had to be there."

@madonna You had to be there…….#teenagedirtbag ♬ Teenage Dirtbag - Sped Up (and she doesn't give a damn about me) (Sped Up) - Wheatus

Paris Hilton boasted that she was the most successful follower of the trend. She wrote, "This trend when you were one of the most iconic y2k adolescents" before going back to her golden days as a glossy young socialite. Now that’s hot!

@parishilton So sorry to everyone else but I win this trend ??✨ #Sliving ♬ Teenage Dirtbag - Sped Up (and she doesn't give a damn about me) (Sped Up) - Wheatus

The Jonas Brothers and Lindsay Lohan were just a few of the Disney stars from the early-2000s who participated in the trend as well.

@joejonas HOPPING ON THE TREND ?#teenagedirtbag#greenscreen ♬ Teenage Dirtbag - Sped Up (and she doesn't give a damn about me) (Sped Up) - Wheatus

Jessica Alba captioned the video of her video with the humorous line, "This #trend transported me waaaay back #teenagedirtbag." The actress, now 41 years old, was holding up a rock star sign when she had a sudden flashback to pictures of herself from her younger years. Her montage consisted of headshots from the 1990s and an image from the movie Into the Blue, in which she starred in 2005.

@jessicaalba this #trend took me waaaaay back ?? #teenagedirtbag ♬ Teenage Dirtbag - Sped Up (and she doesn't give a damn about me) (Sped Up) - Wheatus

Which celebrity do you think killed the trend the best?