Catching Up With: R.J. Mitte 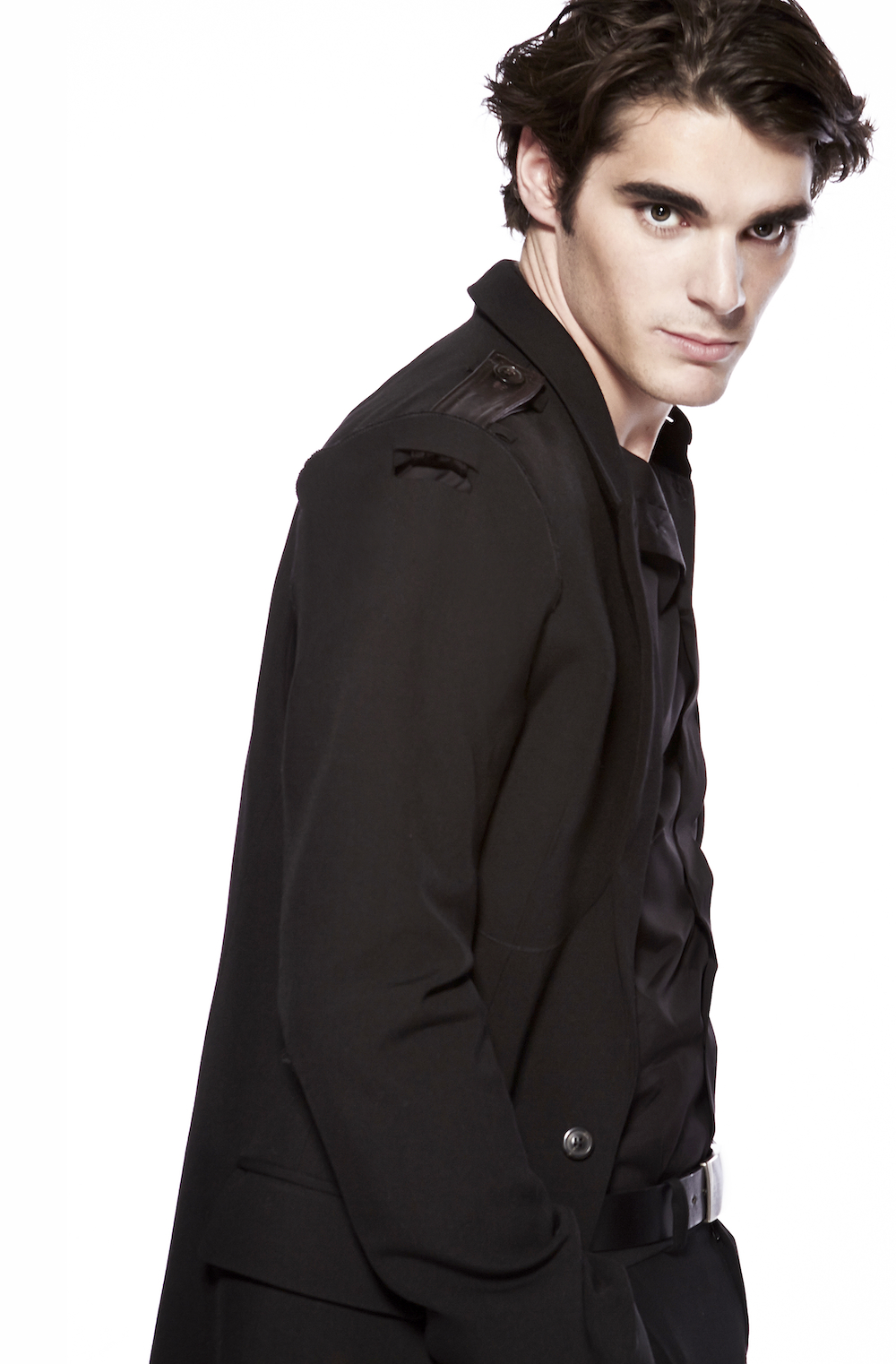 The charming R.J. Mitte is perhaps best known as Walter Jr., AKA everyone’s favorite breakfast connoisseur on AMC’s hit drama “Breaking Bad”, but Mitte has kept quite busy since the show’s finale. His latest film, Who’s Driving Doug, recently premiered at the Santa Barbara Film Festival -- and it’s first official starring role! Mitte stars as Doug, a sheltered college student who goes on a wild road trip with his underachieving driver (Ray William Johnson) and crush (Paloma Kwiatkowski) that forever changes his life. Directed by David Conley and written by Michael Carnick, Who’s Driving Doug is actually based on Carnick’s own life. In addition, Mitte has been walking the runways at 2015’s Men Fashion Weeks around the world and serving as the official ambassador for United Cerebral Palsy and Shriner’s Hospital for Children.

During our chat, Mitte filled me in on Who’s Driving Doug, how to rock fashion, and whether or not he would ever venture into comedy:

YH: Tell us a bit about your new film, Who’s Driving Doug

RM: It’s an interesting piece. I think people will relate to it nicely. The best way to describe it [is] as a coming-of-age story. My character doesn’t have a lot of options; you don’t really have a lot of people inviting you places. You stand out. You’re what people consider normal, but you need to have a life. You need to find a way to escape. You need to find your friends and even lose friends along the way. It’s about this character’s journey and understanding who he is and that he has a voice. He’s not alone; people do understand him, and he can understand others. It’s a road trip. He gets an opportunity to change his life for the better and he ends up taking it. I hope that people enjoy it and someone buys it!

YH: This is your first starring role. How has that been?

RM: This is technically my first lead role. We have an amazing ensemble -- Ray William Johnson, Paloma Kwiatkowski, Daphne Zuniga. I’m interested to see what people think. It’s loosely based on a true story -- it’s actually based on the writer’s life and what he’s been through. I tried to capture him for the character as much as possible. I found it easier to portray him, since he was there. I could look at him and try to pick up his body language as much as possible. I found, for my brain and how I function, if someone does it in front of me, I can process it and do the exact same thing. It comes in handy sometimes. When I was trying to do his motions and how he sits, and I just looked over, and was like “Oh, that’s right.” I then just put my own twist on it, and how I would behave in that moment. It’s that process of what I need to do to make my character look realistic. There is a line we have to cross. You don’t want to overcompensate, and you don’t want to play yourself too much. You have to find that middle ground. I have to find where my personality starts and if I’m overshadowing the character that I’m trying to portray. It’s a blurry line. 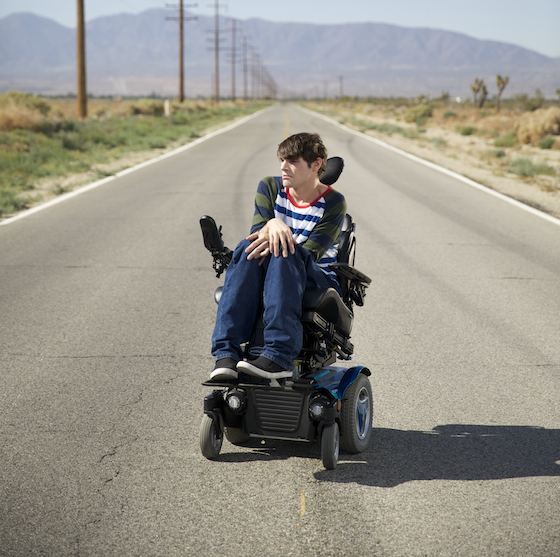 YH: In addition to acting, you have been walking the runways of the world at Men’s Fashion Week. Got any fashion insights for us?

RM: I love fashion. Fashion Week is starting up now. Germany’s has been going, and New York Women’s is starting up soon. I’ve been having fun with it. I am working on creating my own little line. I have a team of designers I’ve been working with. I think the hardest part is just buying the fabric and having the money to design whenever you want. It’s a lot of trial and error. I’m working on that now. I think the biggest thing when it comes to fashion is to stay in shape and feel comfortable with what you wear. For me, at the end of the day, If I’m not comfortable in what I’m wearing, then I’m not going to look comfortable. I always try to be comfortable in whatever it is I’m doing. That’s where it’s at.

YH: You have also continued to discuss diversity in media and you serve as an official ambassador for United Cerebral Palsy and Shriner’s Children Hospitals. As you have continued this work, have you experienced any moments that have truly stood out to you?

RM: I think there are a number of moments that stand out and not just in one aspect. I’ve been lucky enough to work with these organizations. I love being a part of these organizations and being able to do whatever it is that I can do. I see families that show diversity. I see people that are working towards diversity. At the end of the day, we have a long way to go in accepting who we are and what we are. I think it’s evolved a lot. We’ve digressed. We evolve rapidly in some places and then in others we fall short. Our most important thing right now is to remind each other to stand together and fight for what we believe in. I feel like we’ve lost a lot of our beliefs in what we are and who we are. In this time, we put a lot of ourselves online -- and that’s fine to a degree. But right now, we’ve overstepped our boundaries when it comes to being self-involved. Luckily enough, working with these organizations and working with Shriner’s, I do meet a lot of amazing people that are making an impact in this world. There is a change coming. It’s not by one person -- it’s by many people, and by many people who have been working for a very long time. I think that, slowly but surely, we will have an impact in how we come together. Time will only tell.

YH: Many of your roles tend to be on the more dramatic side (“Breaking Bad”, Dixieland). Would you ever want to venture into comedy?

RM: I do. I actually do. I have a friend named Jay Davis who does a lot of improv. He’s always doing comedy shows, and he keeps trying to get me to go on stage. I haven’t just had time to. I’m trying to conquer one part of the world at a time, slowly but surely. I like to work. Whatever keeps me busy and whatever will keep me working, I’m all for it. That being said, I do like drama. I enjoy it. I think I’m fairly good at it. We’ll see what happens.

YH: “Better Call Saul” has received its second season. Is there any chance that you may pop up in an episode (perhaps in a flash-forward)?

RM: There is a possibility. I don’t think so. I’m not part of it. It’s a pretty cool show. The only thing you ever saw me with Saul was in “Breaking Bad”. That was my first meeting Saul ever, so I wouldn’t really have any connection to that. The show is looking great, I heard that they just finished and it’s amazing.

YH: Any upcoming projects we should look out for?

RM: I got some stuff in the pipeline.. Just keep an eye out. Keep following with social media. I’m around. I’m all over the place. Check out Who’s Driving Doug, and Dixieland is on Demand! I hope y’all enjoy!