Catching Up With: Patrick Warburton 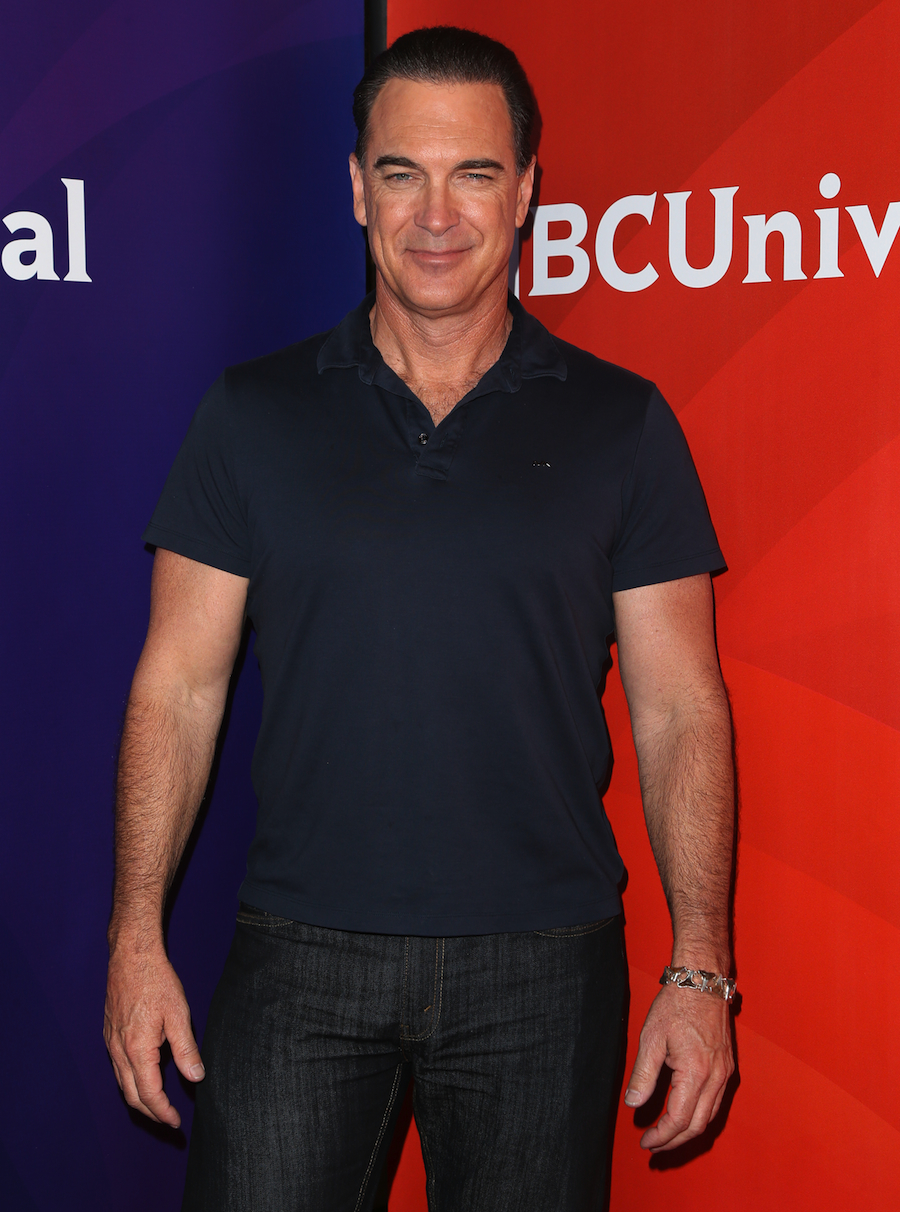 Patrick Warburton stars in the upcoming NBC sitcom, “Crowded” as the father of a very... well... crowded household! What begins as just he and his wife (Carrie Preston) turns into a bit of a circus after his two daughters (Mia Serafino and Miranda Cosgrove) and his in-laws (Stacy Keach and Carlease Burke) move back in with them. Interestingly, Warburton’s own life parallels that of his character’s -- he currently lives with his wife, four children, four dogs, and in-laws!

In addition to his new show, Warburton has voiced quite a few well-known cartoon characters over the years, including Kronk from The Emperor’s New Groove, Joe from “Family Guy”, Brock Samson from “The Venture Brothers”, and Steve Barkin from “Kim Possible”. And of course, he is very well-known as Puddy on “Seinfeld”, but perhaps he is best-known for his stint in the live-action version of "The Tick", which it was just announced this week is making a comeback thanks to Amazon!

During our chat, Warburton told me how he relates to his character on “Crowded”, which character he has enjoyed voicing the most, and which ride at Disneyland is his favorite:

YH: Can you tell us a bit about your character on “Crowded”?

PW: It’s fun because it’s pretty close to home. “Crowded” is a good, solid, and current sitcom. It’s about what’s happening across the country right now. Young people are living at home; they are referred to, in fact, as the "boomerang generation" -- they go to college and then they move back home. A lot of it has to do with the economy. A lot of them have had to go out and get some menial job just so they could pay rent and not go anywhere. It’s actually better to be at home. We’ve actually got all four of ours still at home. I’ve got my two eldest, 23 and 21, they both still live at home. But they go to universities, which is great. We’ve been pleased to have them around. We want them to be able to get out on their own and do their own thing, but sometimes it takes a little bit more.They’re very productive. It’s not like they’re slacking, hanging around in the basement getting high listening to Pink Floyd, like a lot of members of my generation. So it’s not a bad thing. In the show, our two daughters go to college and then move back in, and then my dad and my stepmom decide that we need them and they don’t move to Florida. They are played by the brilliant Stacy Keach and Carlease Burke. The whole cast is fun. It’s a very relatable situation. I play the dad. My real-life situation is actually profoundly larger than the one in “Crowded”. I did tell the network that I thought it was adorable that they wanted to call this "Crowded". I’ve got four at home -- the dogs, the in-laws were with us. My daughter has been dating a bodybuilder for a few years and he eats more than my three sons, and my three sons eat. A. Lot. The show is my life, minus the four dogs and a couple of extras.

YH: You are currently working on bringing back “The Tick”. What inspired you to play this character again?

PW: I don’t know what’s happening with that. At this point, I’m an executive producer on it. But Amazon may have different ideas in which direction they want to go with this. That being said, It would be fun! I always felt like The Tick is not Batman or Superman. The Tick could be a little bit older, he’s just insane. He doesn’t have to be a kid. But Amazon might be seeing things a little differently. It’s their choice.

YH: You actually voice the welcome video on Disney’s Soarin’ Over California ride in Disney’s California Adventure and at Disney World’s Epcot. Do you yourself have a favorite Disneyland ride?

PW: I’ve always loved the Pirates of the Caribbean. It’s 15 minutes long. You get in that boat and you just chill out. No matter how hot and crowded the day is, you get in the boat and you float through that serene, moody bayou past the restaurant and then a little plunge into a nice, cool, air-conditioned, mildewy-smelling abyss for about 10 minutes. You get to chill out. I think I’ve actually dozed off on that ride. I love it. [laughs] It’s such an escape. And no matter what, there’s never a long line. You never wait more than five minutes to get on the Pirates of the Caribbean. And then you just get to chill out. And Johnny Depp is there -- I always say hi to Johnny. He always has this not-all-there look on his face, but I know he sees me. I tell people Johnny Depp and I are friends. And they say, The Pirates of the Caribbean doesn’t count. It does count. [laughs]

YH: You have voiced numerous animated characters. Do you have a favorite?

PW: Kronk in The Emperor’s New Groove has always been dear to my heart. He’s a favorite of mine. There are darker ones, like Brock Samson on “The Venture Brothers” -- that’s been a blast to be a part of. “Family Guy”, not without controversy. It’s fun to be a part of something satirical like that. It seems to ruffle everyone’s feathers. I think there’s a place in society for that offensive, s****y humor. [laughs]

YH: You actually studied Marine Biology for a while. How did you shift into acting?

PW: It would be a bit fraudulent of me to say that I studied marine biology. I had every intention of going into marine science. I thought that was the direction I wanted to go in. But I didn’t do well in junior college. I still wanted to pursue acting. My mother was an actress. The experience I got was watching her do community theater in Huntington Beach and Westminster. So, watching her, I decided I wanted to do acting. On a side note, I actually recently started a garage band. It’s some of the most fun I’ve ever had. It’s just stupid fun, but I like it.

You can catch “Crowded” on NBC on Sunday, March 20, at 9:30pm, and you can keep up with Patrick on Twitter!