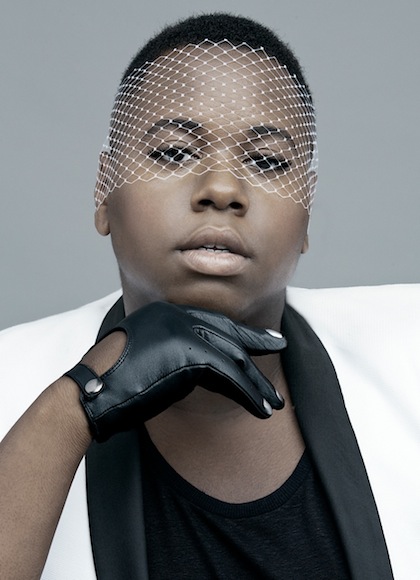 Alex Newell plays Unique, the first transgender teen character on “Glee” and the first to appear on American television. Newell has carried Unique through her struggles, as she has battled her well-meaning parents and peers on wearing girls’ clothing and playing Rizzo in Grease. Newell has had to battle some real-life bullies as well, being accused of promoting “gender confusion.”

It wasn’t easy for Newell to land a spot on “Glee”. He beat out 40,000 hopefuls to land a spot on the first season of “The Glee Project”, where he then placed in the final four. He won a two-episode guest spot on the show as a singer for a rival high school. Today, Newell is a series regular on the show, and he has been busy! Over the summer, Newell sang at many different Pride events, and he’s set to make his big screen debut in Geography Club, which will be released later this year. The film, based on the novel of the same name, follows the students of Goodkind High School as they form an after-school club to discuss their thoughts and feelings about their various sexual orientations.

During our chat, Newell told me what it was like to be on “The Glee Project”, what to expect next on “Glee”, and how to properly rock a pair of high heels!

YH: What was it like being on “The Glee Project”?

AN: It was a lot to deal with it. I was still in high school. It was really amazing to just be a part of this new TV show. It was a great learning experience. It was amazing to know you beat out 40,000 people to get a role in the coveted four was amazing, and I’m just really happy that I did that when I did. I’m glad that I got the opportunity to.

YH: Unique has gotten to sing some really great songs throughout the show. What has been your favorite song to sing, and why?

AN: My favorite song that I get to sing is coming up, and I can’t tell you what it is. It’s a surprise!

YH: During the summer, you sang at a wide variety of Pride events. What was the most moving thing that happened to you at one of these Pride events?

AN: I liked going to Salt Lake City. I didn’t think there was a giant Pride circuit there, or a large gay community there. There was a lot of bigger ones I went to, which surprised me. It wasn’t like going to San Francisco, where there are millions of people coming out to it. These smaller ones are just the community coming together and being one, and supporting each other.

YH: Can you tell us a bit about the film Geography Club?

AN: That was fun. When I got the script, I was torn because it will open up a lot of people’s eyes to what happens to LGBT teens in high school and what they go through. I did read the book, which is good. The film is based on the book.

YH: You can rock a pair of high heels. Do you have any advice for those of us who aren’t quite as graceful in heels?

AN: How to be graceful in heels? [laughs] I’ve never fallen in heels. I will fall in a pair of flats, but I will never, never, ever, ever fall in a pair of heels. I may stumble and trip, but you will never see me go down. I think it’s because, when I was little, I used to walk around on my tippy-toes a lot. I was that person. I think walking around on your tippy-toes helps you keep your balance. Ballet can help as well. You are on pointe for ungodly hours, which will make you good at walking around in heels!

YH: I personally want a belly-dancing episode on “Glee”. Has there been any type of plotline you would like to see happen for Unique on the show?

AN: I don’t know. She’s going through a lot right now, so I don’t know what else I could have her go through right now… I’d have to think about that one.

YH: Can you give us a small hint of what will happen on the show this season?

AN: The next episode, Mr. [Adam] Lambert is coming himself! It’s Katy vs. Gaga. It’s actually really fun. I didn’t get to work with Mr. Lambert, because he’s in New York, but just meeting him was really nice.

Tune in to "Glee" this Thursday, November 7, and keep up with Alex on Twitter!