Can James Gunn Save The DCEU? 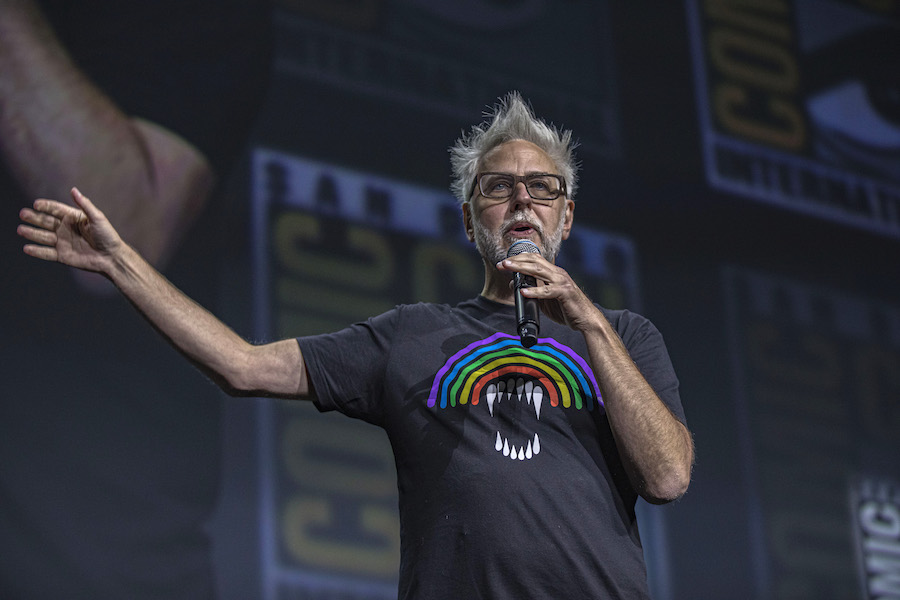 Ever since the appointment of James Gunn as the Co-CEO of the DC Universe was announced a couple months ago, fans have been in constant debate over what will happen.

James Gunn and Peter Safran are set to lead the Film, Television, and Animated divisions and are considered to be Co-Chairs and Co-CEOs under the supervision of David Zaslav, the current President and CEO of Warner Bros. Discovery. The filmmaker and producer take over to focus on the creative and business aspects of the studio as DC Studios will replace the former DC Films.

Our choices for the DCU are based upon what we believe is best for the story & best for the DC characters who have been around for nearly 85 years. Perhaps these choices are great, perhaps not, but they are made with sincere hearts & integrity & always with the story in mind.

This is a big job. as it isn’t every day that a director is thrown into the executive's chair, but Gunn's track record in this genre of films is unprecedented, with the accredited success of Guardians of the Galaxy movies for Marvel as well as the Suicide Squad film reboot and "Peacemaker" series on HBO Max. It's clear he knows how to handle comic book adaptations and big scale films.

This turn of events is a result of the overhaul at Warner and Discovery as they try to figure out what content is best to put out. Earlier in 2022, the $80 million Batgirl movie was nixed so the studio would be able to claim a tax write-off. The start to a very chaotic amount of changes now has many fans wondering what is going on with the DC Extended Universe.

For the last fifteen years, the DC franchise has taken a backseat to the accomplishments of their competitors at Marvel Studios. The course of action Marvel has taken over the last 2 decades has dictated the grounds for which other movies should be compared. Stretching narratives from feature films to television series and even in shorts and one-off specials, the MCU is indeed an all-encompassing cinematic universe. It has often felt as if DC has been trying to unsuccessfully keep up.

Following Christopher Nolan's Dark Knight trilogy, it seemed it was up to Zack Snyder to revitalize these iconic heroes, but his work was excessively critiqued and overanalyzed in the process. Man of Steel and Batman vs. Superman: Dawn of Justice weren't as well-received by critics and picky fans alike as the studio had anticipated, and the controversies surrounding Joss Whedon and Snyder's competing versions ofJustice League were a seemingly constant source of debate for years. It was clear DC was trying to stride along Marvel, but despite the cries of internet activists, the Snyderverse came to an abrupt end. Meanwhile, Patty Jenkins's Wonder Woman seemed like the light at the end of the tunnel, a brief glimmer of hope in an otherwise lackluster franchise. But with the ill-received release of the follow-up, Wonder Woman 1984, Jenkins found herself out at DC as well.

Other rare gems in the pre-Gunn DC era include Birds of Prey andShazam!, the latter of which is still moving forward with a sequel, Fury of the Gods, set to release in March. And after some initial doubts, the "Harley Quinn" animated series was recently renewed for a 4th season on HBO Max.

Now that there are new captains at the helm of the ship, the direction of where the studio is going is still vague although some insight has alleviated stress. As of now, a few things can be concluded.

For starters, this does not mean the end of Matt Reeves andTodd Philips separate DC universe films. The Oscar-winning Joker and 2022's The Batman are both set to continue, although it is unclear where the supervision of the Batman films will come from, as the upcoming Joker: Folie à Deux will be under the supervision of new appointments to Warner Bros. Michael De Luca and Pam Abdy. Dwayne Johnson also recently updated his fans on theBlack Adam series as he took to social media to address the issues, stating that a conversation between himself and Gunn has the Black Adam character on hold until further phases down the road.

Everything else from this point on will be under the guard of Gunn and Safran. The new goal is to create an integrated and multi-layered universe that allows for the individual expression of the artists involved. While some projects will take place in the same universe, others like "Harley Quinn" will not, which alleviates pressure and creative constraints put on creatives in the past and will allow for more natural and authentic work.